Back in early August I had the fantastic opportunity to go to the Outdoor Retailer Show in Salt Lake City for the first time and check out the new shoes that are coming out late winter/early spring. Below are the road racing shoes I had the opportunity to see at the show. Of note, Outdoor Retailer tends to attract more trail oriented shoe brands and not all companies that make road shoes were present.  Notably, Nike, adidas, ASICS, and Mizuno were not present so I don’t have any info on their 2016 releases. 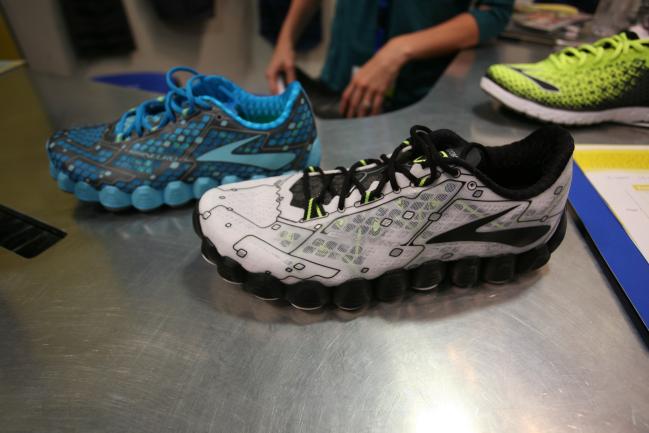 Brooks Nuero upper. Notice material that attaches to laces. It actually wraps all the way under the foot.

The Brooks Nuero was one of the most innovative road shoes I saw at the show.  Without running in them I can’t say whether it will be a good innovation or not, but kudos to Brooks for trying.  While it is hard to say whether this will be a "racing" shoe or not, Brooks seems to think it will be a fast running shoe, so I decided to include it in my racing shoe writeup. The main unique feature is the decision to have the shoe uncouple in the midfoot at a diagonal angle that is supposed to allow the forefoot and heel to move more independently but yet be rigid enough on push off to be responsive. As such, this isn’t supposed to be just a flexible shoe, but to both be snappy and move naturally.  It will be interesting to see whether they can pull this off when it comes out in March. 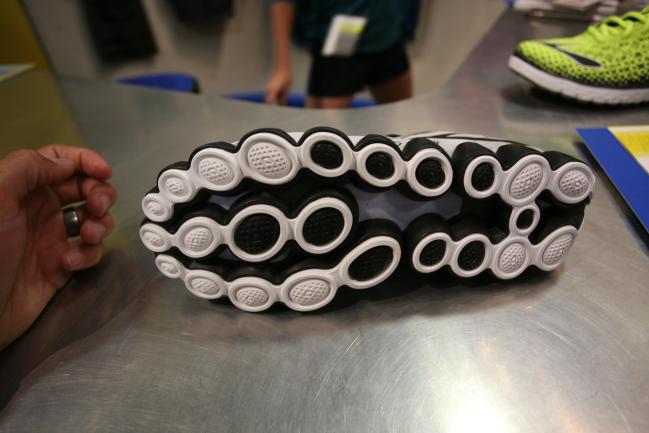 Podded outsole with some pods filled in and others just encapsulated by EVA. 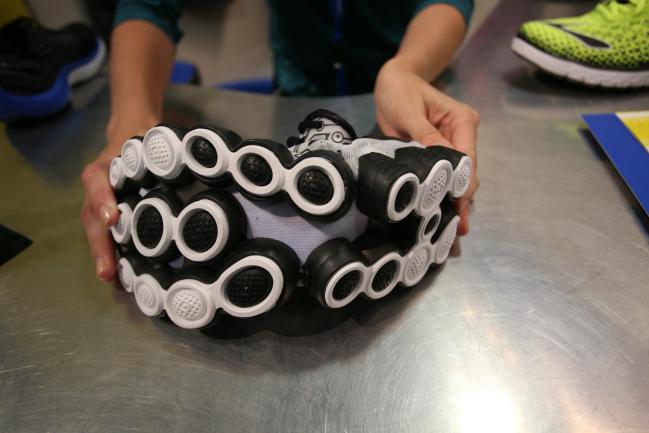 Showing how the sole uncouples at midfoot. Was very unique to see this in person. 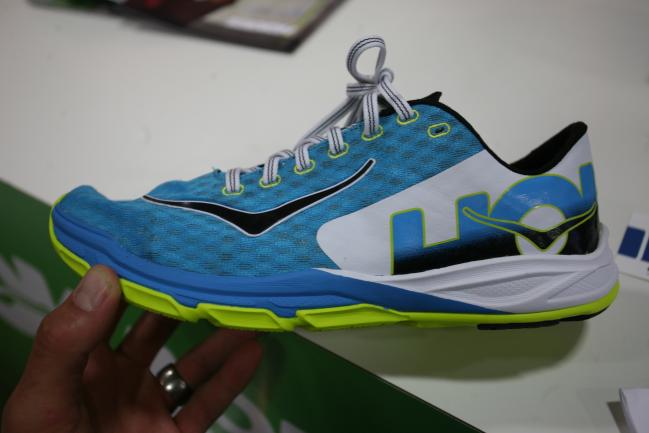 Hoka Carbon Rocket upper is a pretty stripped back traditional racing shoe style and should function well. Both the Tracer and Carbon Rocket appear to be on a more standard racing shoe-style last.

The Carbon Rocket was probably one of the most exciting road racing shoes I’ve seen in quite a while, and could either be super snappy and fast feeling or way too stiff.  I was really shocked with how stiff the shoe felt with its nearly full length carbon fiber plate that has 2 prongs near the front.  To better describe the shoe’s snappiness, it makes the adidas adios, a shoe that is one of the snappier shoes I’ve run in, seem extremely flexible :).  It has a fair bit of cushion to it though, and is super light so it really does have potential to be a great racing shoe that I could see using for a marathon.  Pete an I both will hopefully have a chance to run in these late this winter and let you all know all know how they feel! 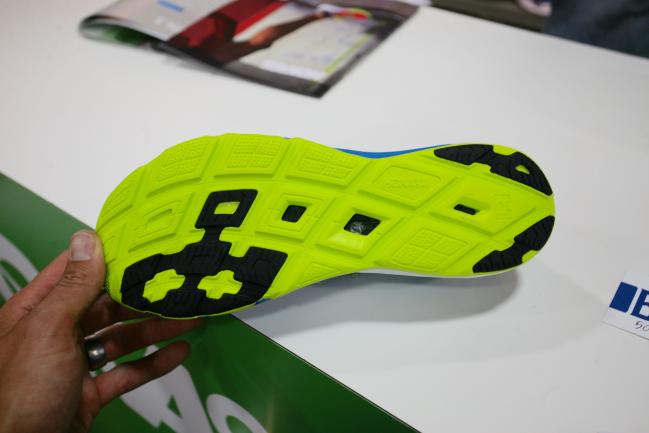 Hoka Carbon Rocket – RMAT on the bottom with pretty sparse rubber coverage, EVA above that, and carbon plate above the EVA right below the foot. 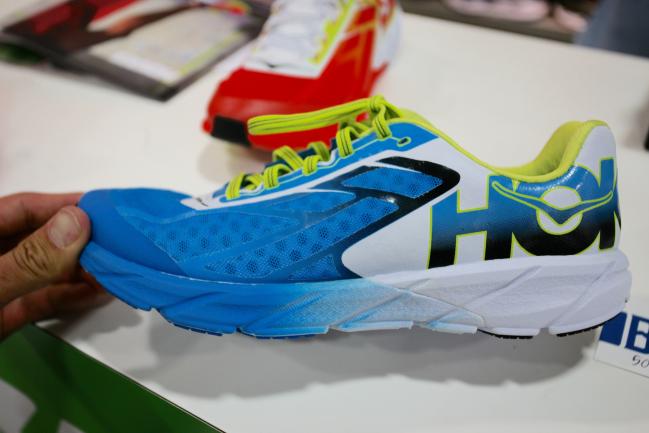 The Hoka Tracer might be just as easily justified as a trainer with its stack height and extra rubber over the Carbon Rocket, but at 7 oz and on the same racing oriented last that the CR is on, I’m going to put it in with the other racers. Many runners might choose the Tracer over the Carbon Rocket as a 26.2 shoe, especially if the stiff plate is not your thing. The Carbon Rocket might be a little more unique, but the Tracer might be what more people enjoy since it still possesses a great blend of protection and propulsion with its dual density (soft in heel firm in forefoot) midsole design, yet is still really light! 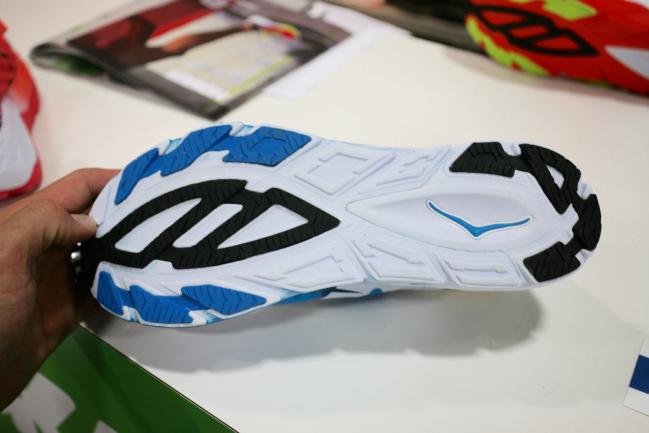 Hoka Tracer – More rubber than the Carbon Rocket, but still not a "robust" outsole by any means and no RMAT either so it is yet to be seen which of the two will hold up better. 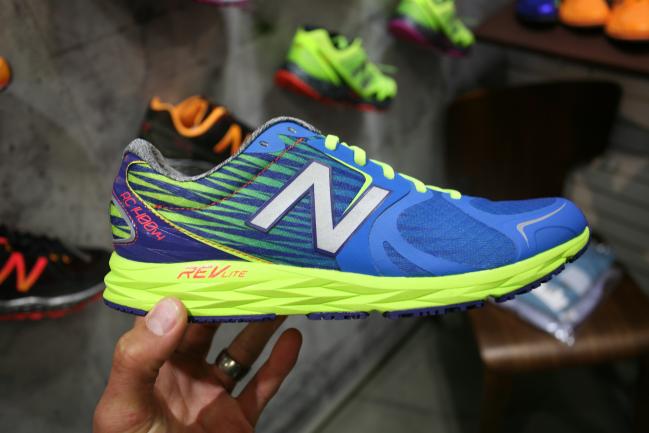 New upper that stays seamless and should be just as light and comfy as v3.

The 1400v3 (here for Pete’s review) is a shoe that I really like for short and fast runs on trails, but it obviously works well on roads too.  While the v3 was just an upper change, the 1400v4 gets a complete overhaul without changing the overall geometry and fit from what we all love about the 1400.  Biggest change is in the outsole design, which offers just a bit more rubber coverage (a good thing all around IMO and better for trail too). 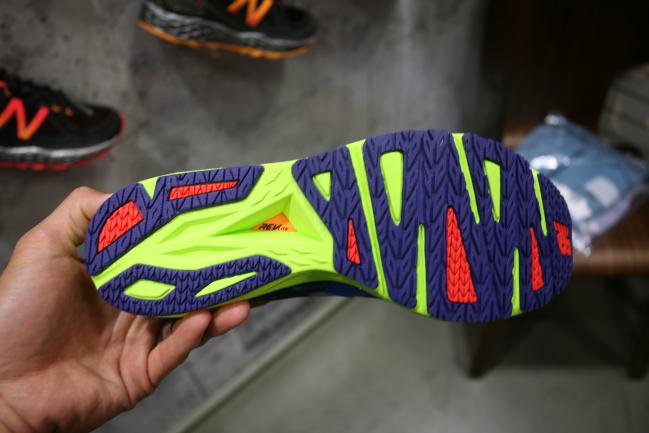 Outsole with more connected pieces of rubber in the forefoot. 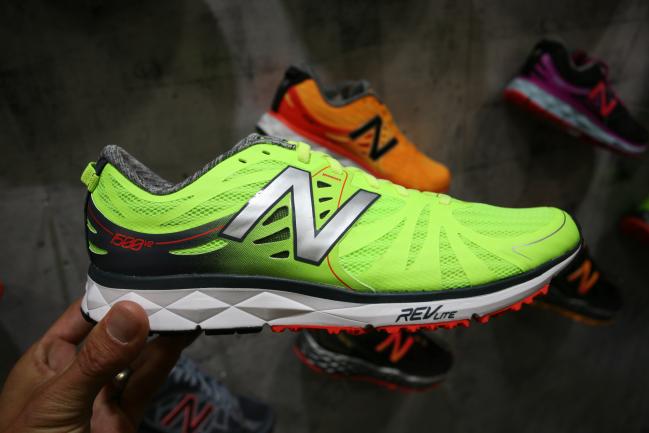 The 1500, which was New Balance’s first shoe based on the same last as the Zante and Vazee Pace, has a unique niche being that it is both light and still offers some medial support to those who want that feature.  I’ve run in v1, mostly on trail, and like the fit and feel overall.  The 1500v2 is an upper update only and focuses on lighter overlays, while also offering more security. 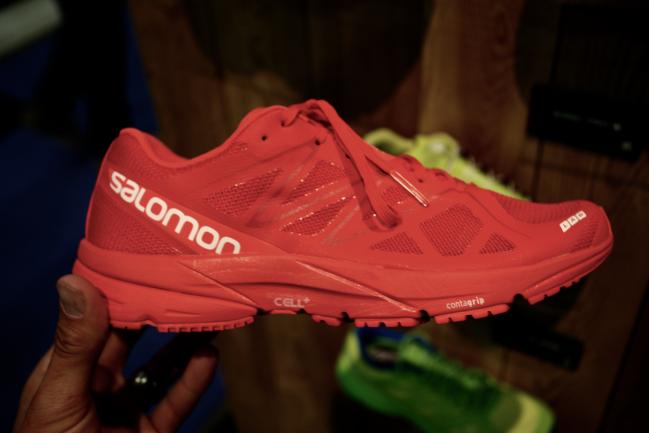 The Salomon S-Lab Sonic is a slightly updated S-Lab X-Series that, in a somewhat surprise move, has Salomon removing speed laces in favor of good old regular laces (I guess I’m not the only one who prefers these!). This upper is very light and airy in person.

I haven’t tried the current S-Lab X-Series, which the S-Lab Sonic updates/replaces, but with this update I’d like to. Salomon reduced the material in the upper slightly and removed the speed laces which they said their athletes requested for the shoe. I usually cut the speed laces off shoes, so this was a welcome change.  The price tag on this one, like the Hoka Carbon Rocket, is likely to be a deterrent, but there’s no doubt Salomon now makes a legit road shoe. 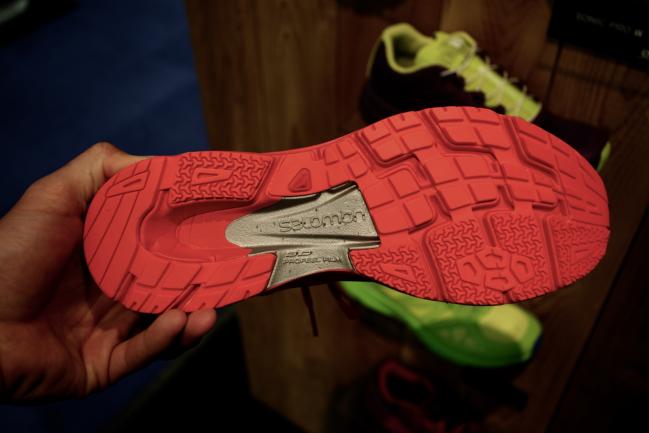 Carryover midsole and outsole as far as I could tell. 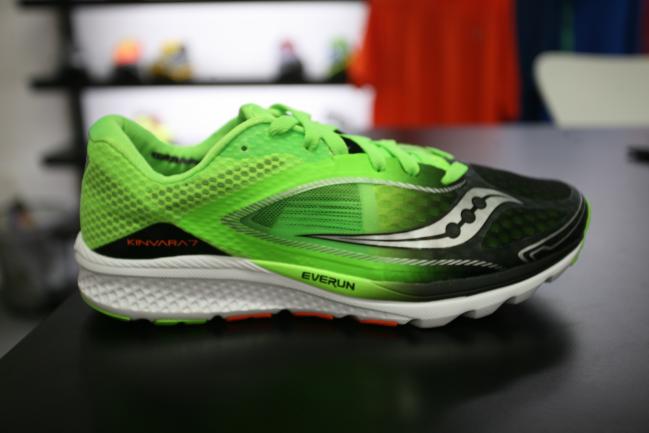 The good ‘ole Kinvara in its 7th iteration. Now with a new tech called Everun in the heel.

The Kinvara gets its 7th version with the main story being a new Everun topsole (goes on top of the strobel, between the midsole and footbed) material that Saucony reports to last 3x longer than standard EVA and is dramatically more lively and responsive.  My only wish with the Kinvara is that they had put it full length as it is in the Triumph ISO2, Hurricane ISO2 and Guide 9.  Regardless, it looks like a good update that should please Kinvara fans and potentially attract new ones. 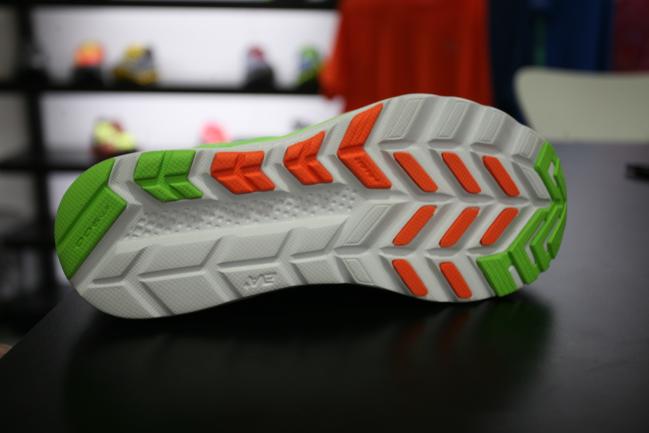 New outsole that doesn’t differ dramatically other than its move away from the more typical Kinvara triangle shapes, but offers similar coverage. 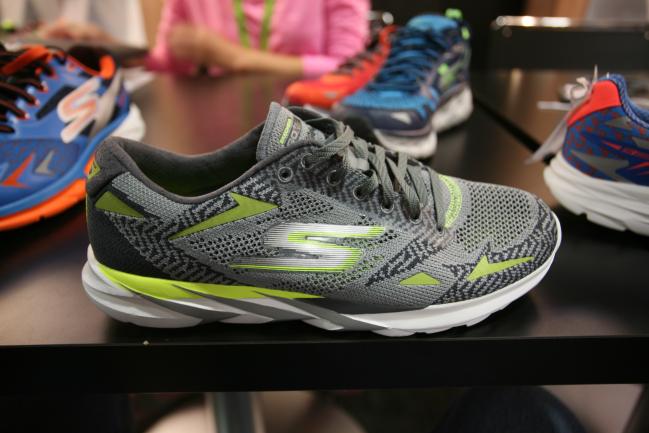 Contrary to what you’d expect from just putting 2016 on the end of the name, the Skechers GoMeb Speed 3 2016 is actually a pretty large update overall with an all new, fantastic knit upper and new midsole material.

I’ve got a soft spot in my heart for the Skechers Speed series since I ran my second marathon in the Speed 2 and really love that shoe.  The Speed 3 was a little heavier and perhaps more protective than the Speed 2, but lost a little magic for me. The Speed 3 2016 is really quite an overhaul with a full knitted upper similar to the GOrun Ultra Road (which is fantastic), but specific to the needs of the Speed 3. The midsole material is also new (called 5Gen) and more responsive than the Resalyte used in previous versions (also at a softer durometer).  I’m very excited to get this one on my feet this winter! The knit upper is really nice, and something I hope could become a signature feature for Skechers Performance shoes, especially since they deliver a knit upper at a much lower price than Nike or adidas which are all $150 and up for their stretchier knit uppers. I like the more static nature of the knit upper on the GORun Ultra Road, which will be similar to the GOmeb Speed 3 2016, since it holds the foot much more securely.

That’s it for Road Racing shoes that I saw at Outdoor Retailer.  More posts coming for Road Training shoes, Trail, and Mountain shoes coming as well.  Let me know if you have any further questions and I can do my best to answer!