The Running Warehouse blog just put up a post introducing the Nike Free 3.0 v5. As I’ve written on this blog many times, the Free 3.0 is a shoe with special meaning to me since version 1 of the model was my first “minimalist” running shoe. It led me on the path to where I am today with running shoes, but unfortunately I’ve felt like the shoe has gotten worse with each subsequent iteration. The Free 3.0 v4 was among the most disappointing shoes I’ve ever worn as it had a truly awful upper – very little give/stretch, and very poor breathability.

Well, looks like Nike may have addressed both of these issues in the Free 3.0 v5. The newest iteration, set to be released next month, has adopted a mesh upper similar to that found on some other shoes in the Nike lineup (see photos below). This looks to be a very positive change, and I’m looking forward to giving it a try!

Update: The Nike Free 3.0 v5 is now available for purchase in a variety of colors at Running Warehouse. 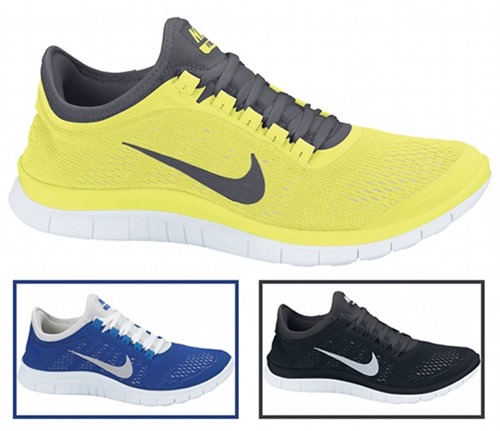