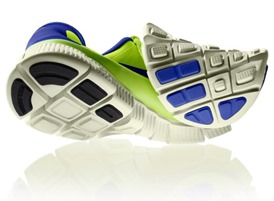 I have a fairly long history with the Nike Free line of shoes. My first step into more minimal footwear was with the Free 3.0 v1 back in 2009. I loved that shoe, and would rank it up with my favorite running shoes of all time (or at least since I started running seriously back in 2007).

In the past several years the Free line has expanded and has become a bit of a juggernaut in the footwear world. Nike Frees are consistently among the best selling shoes in the US, and the top-selling shoe in the line is the Free 5.0+, which I’ll review here.

The Nike Free 5.0+ is almost invariably among the top 3 selling athletic shoes in monthly sales as reported by SportsOneSource – it’s a hugely popular shoe. However, it’s popularity and dominance among athletic footwear is largely a reflection of its usage as a fashion item and casual shoe. Though people certainly run in it, more likely buy it for causal usage. In fact, I was at Disney World in Florida last week and I swear Frees were on about half the feet I saw walking around the parks (maybe a bit of an exaggeration, but they were easily among the most common shoes that I saw).

What is it that makes the Free so popular? Fashion trends are surely part of it. When I was working at the college I swear almost every female student had a pair, and some told me they had 4-5 pairs in different colors. But, they’d also comment to me that they loved them since they’re so comfortable. To me, the latter is why they have endured – Nike Frees are incredibly comfortable as causal shoes. They lack extensive rubber outsole so they feel soft (but not too soft) and don’t make much noise when they contact the ground. Furthermore, the extensive siping (grooves) on the sole makes them extremely flexible. The combo of softish sole and extreme flexibility makes the shoes feel almost like slippers. When you can combine fashion, comfort, and effective marketing you wind up with a bestselling shoe. Like them or not, Nike does that better than any other brand.

The Nike Free 5.0+ is the new name for what used to be called the Free Run+, which went through 3 iterations before they changed the name. The three main shoes in the Free running line are thus now the 3.0, 4.0, and 5.0, and the numbers essentially signify a scale from more minimal to less minimal. I reviewed the Free 3.0 v5 last year, but have not tried the 4.0 yet.

I bought a pair of the Free 5.0+ sometime last summer and ran in them several times. For some reason I never got around to doing a review, but lately I’ve been pulling them out more frequently for casual use. I figured I might as well write something up after a refresher run. So, I took them out for 5 miles yesterday and wanted to share my thoughts since my guess is they will soon be on clearance with a new version (Free 5.0 v2) apparently coming soon.

Let’s start by going through the major differences between the 5.0 and the 3.0 v5

Typically not quantified, but another way in which the soles of the two shoes differ is in width. The sole of the 5.0 (bottom image below) is quite a bit broader across both the heel and forefoot.

3. Forefoot Fit. The 5.0 has a roomier forefoot in terms of width across the ball of the foot, but the forefoot feels a bit shallower from top to bottom and the upper material has a bit less give. I prefer the shape of the 5.0, but the upper material of the 3.0. Maybe I need to make a hybrid shoe via Nike ID?

4. Midfoot Fit. In contrast, to the forefoot, the midfoot of the 5.0 is roomier and more comfortable on my foot, and that might in part be due to the fact that it has a more traditional tongue instead of the bootie-style design of the 3.0. I get a bit of pressure on the top of my foot in the 3.0 due to the integrated tongue and thus am less likely to use it as a casual shoe for long-term wear.

Where all of the Nike Free models are similar is in the flexibility and feel of the sole. The Nike Free design works really well with my stride as I hate shoes that try to control my foot movement. The siping (grooves) in the sole allows my foot to contact and move into pronation very smoothly and I never feel like the shoe is controlling my movement.

The only area where I have a bit of a problem is with the medial forefoot – I’d prefer a more solid base in this area as I tend to pronate a lot and the forefoot of the Frees can tend to bend/cave a bit in this are due to the siping close to the medial margin (the most medial sipe often fills with grit/gravel during my runs). One result of this for me is that I sometimes get a hot spot along the inner ball of my foot behind the big toe when running in Frees, and the 5.0+ is no different in this regard.

The lack of extensive rubber outsole means that the shoes run really quiet, and a shoe that makes little noise on the run is usually one that works well for me. I have a hard time deciding if they feel firm or soft due to the flexibility. I guess I’d describe them as middle of the road in terms of actual sole firmness – not too firm, not too soft. But the flex makes them feel like a soft shoe.

The Ortholite insole in the Free 5.0 is pretty soft, which enhances comfort for casual wear. I don’t notice it as much while running. Swapping for a thinner, firmer insole would open up a bit of volume in the forefoot, and should make for a firmer ride. 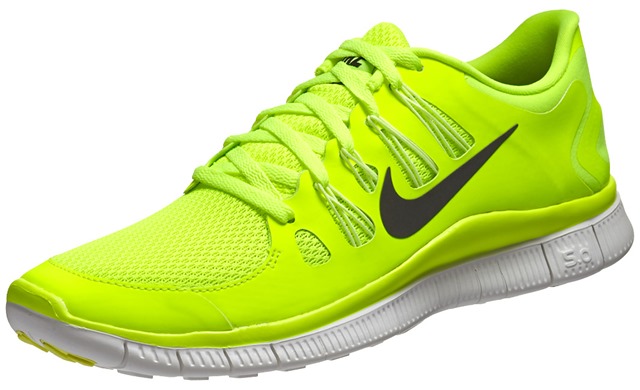 The fit of the 5.0 works very well for me on the run. The heel and midfoot are locked down, and I get no abrasion from the lining of the upper. Very comfortable. I also love that the shoe has no heel counter, and this is a shoe I often recommend to people with insertional Achilles tendon issues due to this fact (no hard plastic insert to irritate the tendon from behind).

So what would I use the Free 5.0 for? For me it’s a comfortable, easy run shoe. I tend to run more minimal so the cushioning would be fine for me for up to a marathon, but I would likely not use it for much over half marathon distance since the medial forefoot instability can sometimes cause hot-spot problems. The last thing I need is a giant blister developed over long distance!

The Nike Free 5.0+ is a hugely popular shoe mainly for casual wear, but it doesn’t often get the credit it deserves as a running shoe. A lot of Nike shoes don’t work for me because they tend to fit narrow, but the Free 5.0 fits comfortably and I enjoy running in them.

If you like a flexible shoe that runs super quiet and feels like a slipper then these are definitely worth a look. And if they don’t work out as a running shoe for you, you have a comfortable shoe that will serve very well for walking around town. And if you don’t want them for casual wear, they retain value as well as any shoe out there and can be sold on Ebay for close to purchase price even with a few runs on them (did this a few years ago with the Free 3.0 v4).

The Nike Free 5.0+ is available for purchase in a ton of color combinations at Running Warehouse, Amazon.com, and Zappos. Outside of the US they can be purchased at Wiggle.co.uk.

You can also customize and build your own hybrid Nike Frees via Nike ID. 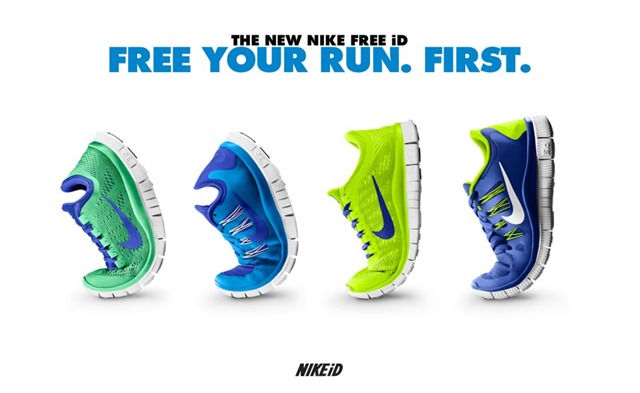