UPDATE 4/3/2014 – The 2014 Nike Free shoes are now available at Zappos and Nike.com. Outside of the US they can be purchased at Wiggle.co.uk. I have also posted a full review of the Nike Free 4.0 Flyknit.

The Free 5.0 has traditionally been the best selling of the Free shoes (all are very popular) and retains a traditional style upper. 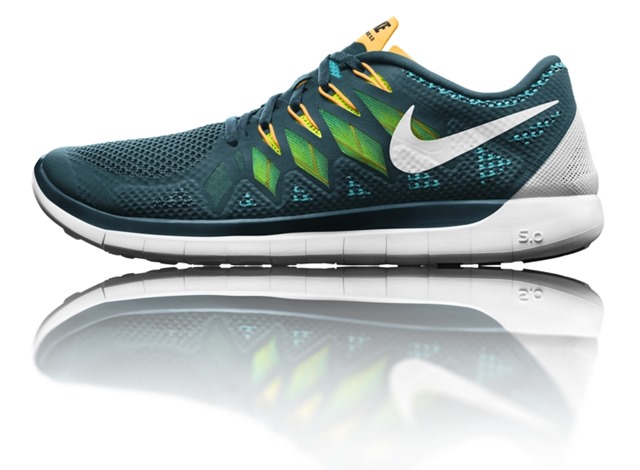 The big change comes to the sole where we see a new hexagonal siping pattern instead of the squares that have long characterized the Free line. 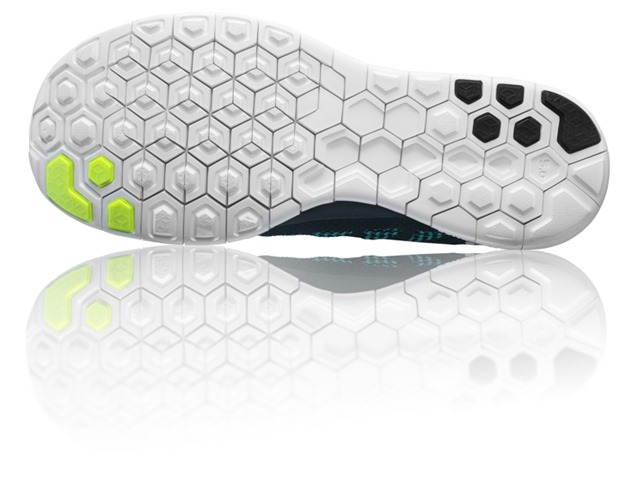 The 5.0 also has a more rounded heel which I think will be an improvement over the previous version ((I’m not a fan of flared heels). Per Jeff Dengate’s article, the Free 5.0 v2 weighs in at ~8oz and is 8mm drop (similar to previous versions). MSRP for the 5.0 is $100 – given my affinity for the Free shoes, I’ll likely pick up a pair of these for a review when they are available.

I’ve never run in any of the iterations of the Free 4.0 shoes (Update: I have now posted a full review of the Nike Free 4.0 Flyknit). I tried on the v3 at a Nike store and the forefoot seemed to be a bit low in volume (top to bottom) for my foot. The 4.0 v4 moves from a traditional upper to a new Flyknit upper, but it retains a tongue and traditional lacing. I’ve not tried a Flyknit upper shoe yet, and this one looks intriguing. 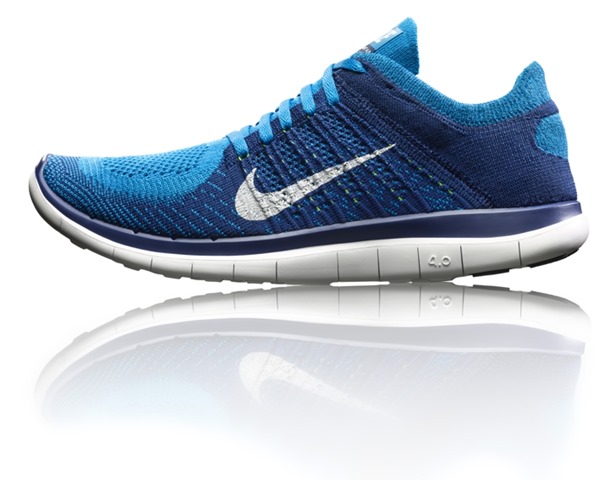 The 4.0 also sports the new hexagonal sole pattern and a more rounded heel: 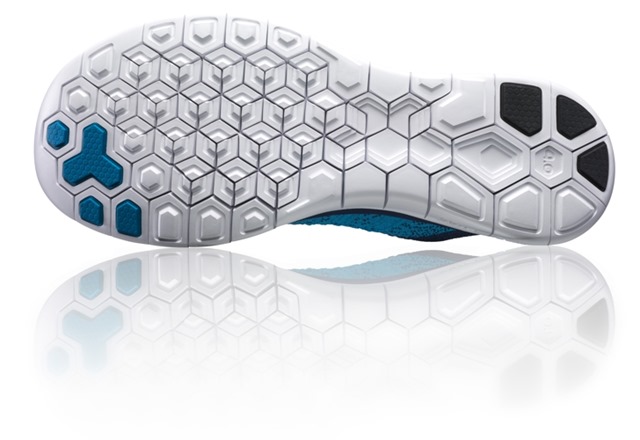 Jeff Dengate indicated that this has been his favorite among the new Frees, and he reports that it weighs in at 7.7oz and has a 6mm drop. MSRP is $120 (Flyknit shoes are expensive).

While I’m game to try the new 5.0 and 4.0, I’m afraid Nike may have ruined the 3.0 for me. This is sad as it has traditionally been my favorite in the Free line (here’s my review of the Free 3.0 v5). First off, they have replaced the traditional upper with a tongueless Flyknit upper. 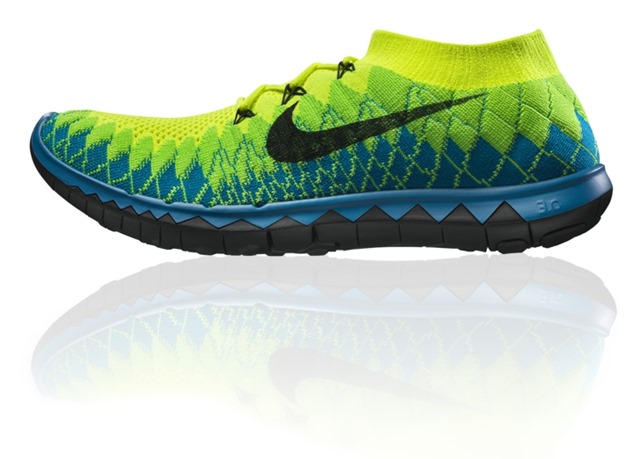 This is reminiscent of the Nike Free Flyknit that they released last year. I tried the Free Flyknit on at a Nike Outlet a few months ago (they were on a steep discount) and found them to be incredibly tight fitting, almost uncomfortably so. The reason being I think is that instead of a tongue and more traditional lacing, they rely on the tight fit of the Flyknit weave to hold the foot on top of the sole platform. It felt almost like a tight compression sock on top of a shoe sole. In his report on the Frees, Jeff Dengate reports that the new Free 3.0 v6 also has a rather tight fit, and this may kill the 3.0 for me.

The upper of the Free 3.0 v6 is disappointing since the 4mm drop sole looks great and has the most rounded heel of the 3 shoes in the collection (looks like Nike ID currently only allows mix/match between the new 4.0 and 5.0): 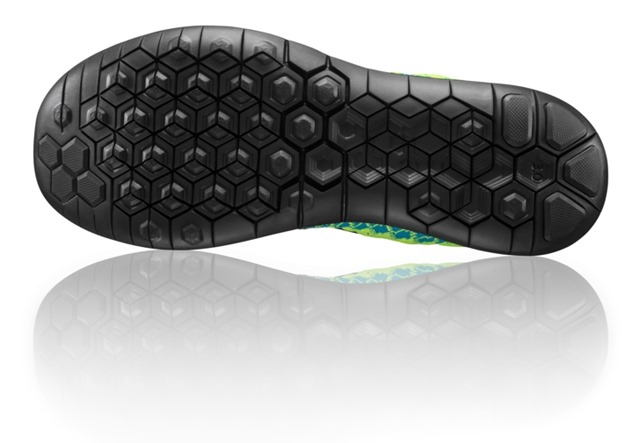 In addition to the images, Nike also released the following video to accompany the release – lots of nice slow-mo images of forefoot strikes:

The 2014 Nike Free shoes are now available at Zappos and Nike.com. Outside of the US they can be purchased at Wiggle.co.uk.