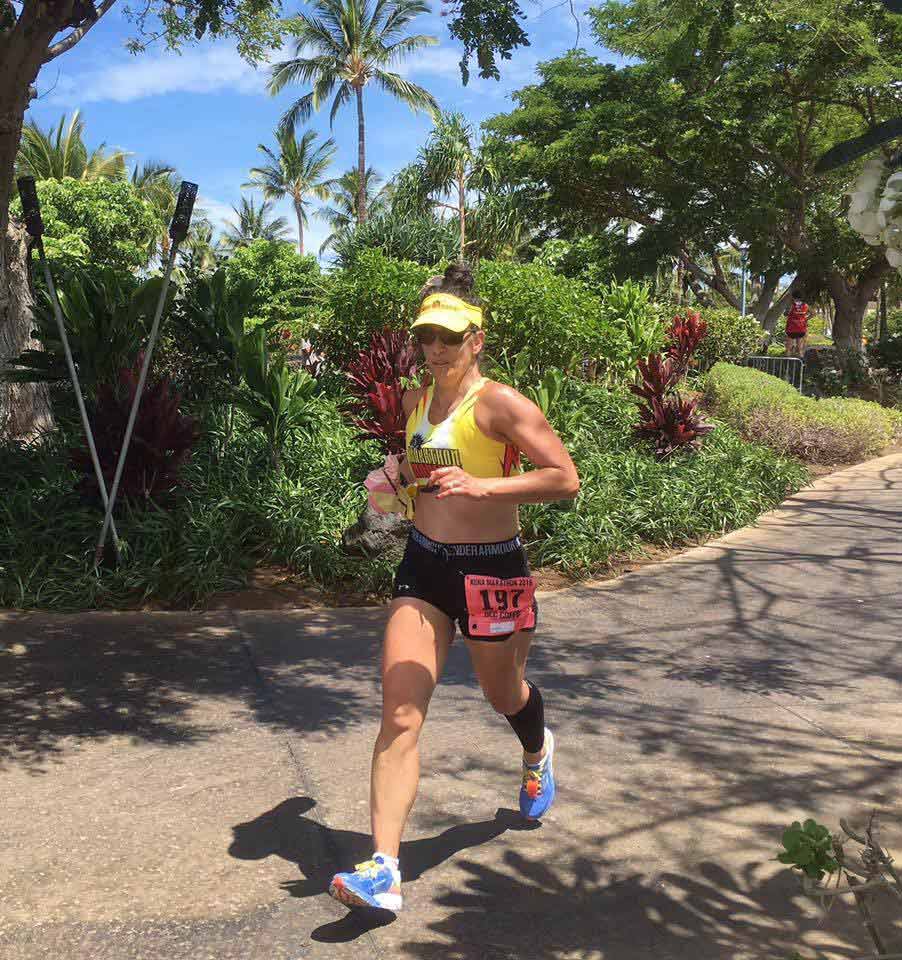 “In 1997, Anne’s life came to a sudden halt when a car accident left her in a coma for three weeks and in a hospital bed for nine weeks. She was told that she would not walk again and that she would need constant care for the rest of her life. Her jaw was wired, and she lost sight in her left eye. Anne was really in bad shape and depression had set in; she didn’t want to see anyone in this condition. She couldn’t speak; she had a tracheotomy and a halo holding her neck together. Anne’s strong passion for life, her family and love of running would not let this be an obstacle. She started working hard through her physical therapy. It took Anne two years to get back to running and in 1999, she ran her first half marathon. It was grueling, but she was happy to be doing it and wanted to push herself even further. In 2006, she ran her first marathon. In 2008, she ran her first 50K and came in second place overall. Since then, Anne has continued her passion for running and participated in marathons, ultramarathons and even stepped into the triathlon world. She inspires to push forward and is currently working on running 50 marathons in 50 states.”- HOKA fan Robert McClain, husband of Anne McClain.

Anne is wearing the Tracer.