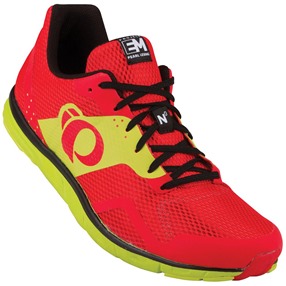 Let me say that again.

Not since the Saucony Grid Type A5 have I had such a positive experience with a running shoe. The reason? Because this shoe replicates the fit and ride of the A5 better than any shoe I have run in since the A5 came out (including the recently released A6). It’s simply outstanding.

My biggest fear with the Pearl Izumi N0 is that using the number 0 in the name will scare some people off. This is not a zero drop shoe. I also think Pearl Izumi made a mistake in using their “dynamic offset” (whatever that means) terminology in describing the construction of this shoe. No need to complicate a shoe that is beautifully simple and purely functional.

(Disclosure: the shoes reviewed here were provided free-of-charge for review purposes by Runningshoes.com).

Let’s start by describing what the Pearl Izumi N0 is. It’s a racing flat. It’s a simple shoe built for running fast. PI claims that it has a drop of 1mm at initial contact, and 4.5mm at mid-stance. I don’t find that information all that helpful. Unlike the Pearl Izumi Road N1 which has some unusual geometry built into the insole, the N0 is pretty much a straight-up 6mm drop shoe. I measure stack at about 22mm in the heel, 16mm in the forefoot. It weighs only 6.0oz in men’s size 9.

The sole of the PI N0 is firm yet flexible, very similar to the Saucony A5. It does not have the stiffness of some other racing flats – I don’t think there are any plates in the sole to stiffen it up for example. And that makes it a bit more versatile than your average racing flat. I could easily see racing up to the half-marathon in these.

The sole provides full ground contact – no cutouts. There’s a bit of rubber under the heel, a bit more under the medial forefoot, but the rest is pretty much exposed midsole. Forefoot strikers might rip it up a bit, my pair looks pretty good still after 30 miles. 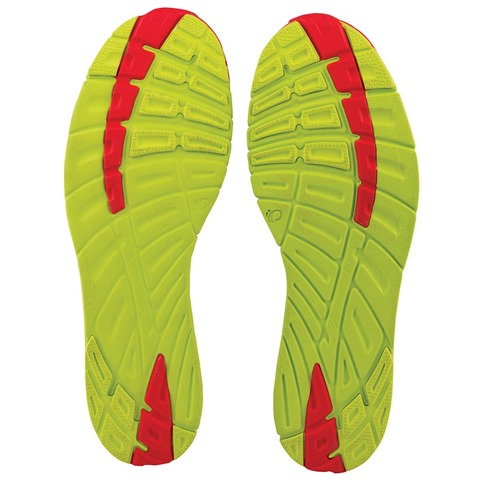 Like the sole, the upper of the PI N0 is wonderfully simple. A double-layer mesh makes up most of the upper, and there are a few welded overlays for added support. There is a flexible heel counter, and internally the lining feels soft (have not attempted a sockless run yet). The insole is thin and seems to be of uniform width.

What really makes this shoe for me is the fit. Almost perfect on my foot, maybe only the slightest tad snugger than the A5 was, but the fit is far better on me than the A6. It feels as if the shoe was designed specifically for my foot shape.

I’ve put about 30 miles on the N0’s so far, and have pretty much reserved them for workouts where I intend to include a bit of speed. I also used them in a 5K last weekend, my first road 5K in well over a year. They have performed brilliantly on all occasions, and they felt great in the race. The sole is responsive without being overly stiff.  I managed a sub-20 5K in them, which was my goal heading into the race, and they are probably going to be my 5K racer for the foreseeable future (unless the A6 upper breaks in a bit). I can’t say I’d want much more from a racing flat.

If you’re in the market for a racing flat suited to distances from the 5K to the half-marathon, the Pearl Izumi EM Road N0 might be my top rec as of writing this post. It has been a fantastic shoe for me so far.

The Pearl Izumi EM Road N0 is available for purchase in the red colorway shown above and the black colorway below at Runningshoes.com. MSRP is $100. 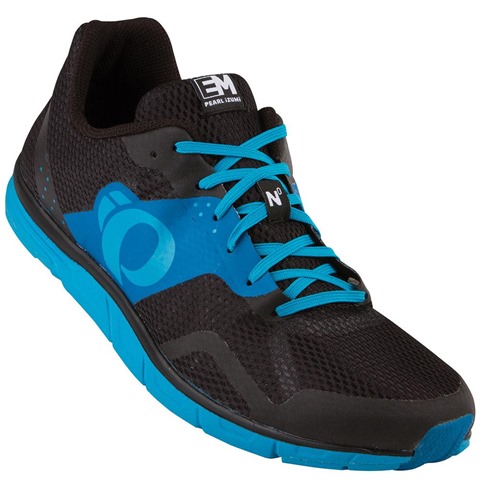