Home / Blog Posts / Reebok ATV 19+: The Most Ridiculous Shoe Ever?

Reebok ATV 19+: The Most Ridiculous Shoe Ever?

A lot of times posts to the Runblogger Facebook wall will garner comments that are pretty benign – maybe an occasional debate about the merits of a particular shoe, but not much more than that. Yesterday I was alerted to a post on Gizmodo about a new shoe from Reebok called the ATV 19+, and I couldn’t resist sharing it on FB. The response was rather strong to say the least! 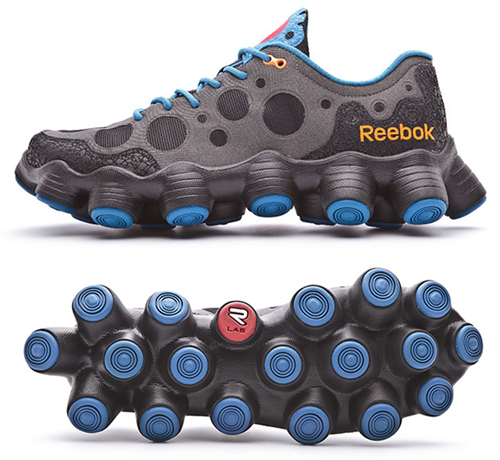 When I first saw the ATV 19+, my immediate thought was “Here they go again.” Reebok seems more interested in making crazy looking shoes rather than functional shoes, and to be honest this one looks ridiculous. The first comparison that came to mind for me was a tardigrade (also known as a water bear, they can survive years in formaldehyde and return to life!): 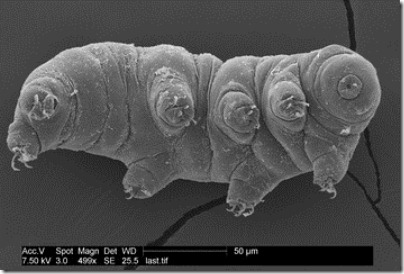 Tardigrade photo via Our Amazing Planet

One of the commenters on Facebook said the shoe reminded him of the planet Koosbane:

I can’t wait to see the commercials for this shoe, hopefully they won’t be as creepy as the “76 Buddies” commercials that Reebok made for their Realflex shoes:

In an article on Fastcompany.com, author Chuck Salter reports that “”…Reebok bills (the ATV 19+) as the first all-terrain athletic shoe.” Salter writes that inspiration for the shoe came from one of those crazily bouncing Reaction Balls (apparently not the Tardigrade, much to the disappointment of invertebrate biologists everywhere), and says that:

While they were unable to mimic the ball’s random action, the team discovered that the shoe they’d designed actually gave athletes more stability, particularly on uneven ground. The 19 walnut-size nodes work like the large-tread tires of an ATV digging through mud to find traction. “The nodes down the center are the ones you run on,” says McInnis. “The ones on the side function like training wheels. When you land on different terrain, you’re protected.”

Personally, I’d like to see the evidence showing great stability, since quite frankly the design scares me a bit.

Is this ATV shoe aimed at the mud run crowd, trail runners, ultrarunners? I have no idea, and I don’t get a clear picture of who the target market is from the article. Perhaps the most telling line comes in the final paragraph of Salter’s article, where he quotes a Reebok rep as saying:

So a crazy looking shoe with a good marketing story is what matters I suppose. I worry more about function if these are really intended to be serious running shoes.

If nothing else, Reebok has certainly gotten a bit of attention out of these shoes already, and in that sense they may already have achieved their intended purpose. Maybe these will be the next Hokas – a crazy looking shoe that works well for some people. However, I’m skeptical that runners will flock to the ATV 19+, and doubtful that these will assist Reebok in once again becoming a player in the serious running market (I wore my share of Reeboks back in the day, but it’s been a long time since I’ve been tempted to try one of their shoes).

How about you, what are your thoughts on the Tardigrade shoe???

Should you be interested in purchasing these crazy shoes, they are available now at Zapppos and Amazon.com.

You just finished reading Reebok ATV 19+: The Most Ridiculous Shoe Ever?! Consider leaving a comment!