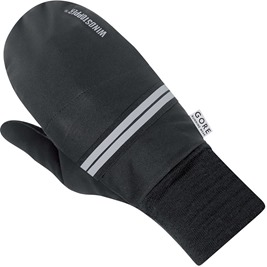 You’d think given that it’s now Spring that it’s a bit late to be reviewing a pair of running gloves. Unfortunately, the cold has dragged on here in New Hampshire, and it was 10 degrees Fahrenheit and windy when I got up this morning. Conditions hadn’t improved much for my lunchtime run, and it was necessary to bundle up once again.

My typical winter running ensemble consists of tights, windproof briefs, a tech shirt, jacket, windstopper hat, and mittens. Regarding the latter, I’ve learned that mittens are far superior to gloves on cold runs, and I typically only use gloves if it’s about 30 degrees or higher. I have a few pairs of mittens that I like, but this winter I’ve been running almost exclusively in a pair of GORE Urban Run Windstopper Gloves. They have served me incredibly well during one of the coldest winters I can remember (Disclosure: these gloves were media samples provided by the manufacturer for review purposes).

The GORE gloves are really a fingerless glove with a mitten attachment that can be folded over the fingers. I love this design as it allows me to use these gloves in a wide range of temperatures. It also 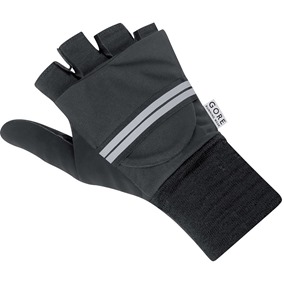 allows easy access to the fingertips for times when I need to fiddle with my phone (e.g., to pause GPS recording, change music, etc.).

I’m a big fan of GORE’s Windstopper material – it does a great job of cutting down wind penetration through the relatively thin glove material. I have a similar pair of convertible gloves made by Brooks, and the fleece material that they used is bulkier and just does not work as well (not to mention they started falling apart shortly after I got them). The GORE gloves are very well made, and they exude quality. They even nail little details like the loops between the fingers to facilitate pulling them off – it took me awhile to figure out what the heck the loops were for, but once I realized it I was impressed by the design.

If I had one complaint about these gloves it’s that the material along the outer surface of the thumb is smooth and a bit slick. To put it bluntly, this is there part of the glove I use to wipe my runny nose (a necessity in the cold!), and it’s not very comfortable for that purpose. I’ve tended to opt for the softer material composing the mitten cover when a wipe is needed. 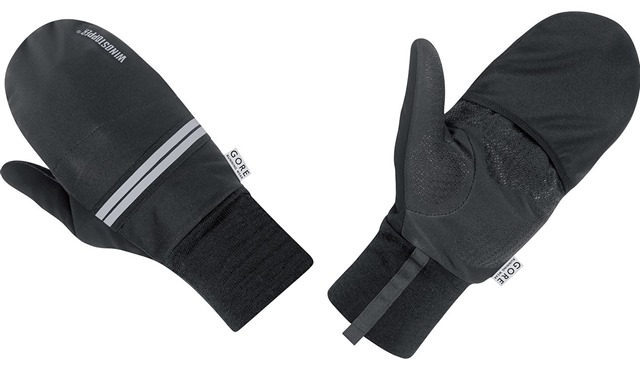 There’s really not much more to say about a pair of gloves – these are easily my favorite among those that I own (and I have like 7-8 different pairs of running gloves/mittens). They are a bit on the pricy side at an MSRP of $69.99, but there may be end-of-winter sales coming up where you can pick them up cheaper. However, if you want a high-quality pair of gloves that functions well over a broad range of temperatures these are worth the expense.