Runblogger Runcast #7: The Evolution of Distance Running in Humans 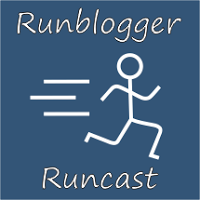 Runblogger Runcast #7 is an audio podcast of a lecture I gave to my Exercise Physiology class on the evolution of distance running in humans. In this lecture I outline the hypothesis recently put forth by researchers Dennis Bramble and Daniel Lieberman that humans beings have evolved anatomical and physiological characteristics that make us outstanding at running slowly for long distances in the heat of day, and that these traits like evolved in association with increasing incorporation of meat in the diet of early human ancestors (i.e., for hunting and scavenging).

This hypothesis has been notably outlined in several recent books on running, including Why We Run by Bernd Heinrich, Born to Run by Christopher McDougall, Running Through the Ages by Edward Sears, and Strides: Running Through History with an Unlikely Athlete by Benjamin Cheever.

This lecture was the second of the semester in my Exercise Physiology class, and my goal was to present the idea that humans evolved to be highly active animals.  I’m debating whether to podcast the entire course (separate from this runcast), and would love to hear what you think!

Alternatively, you can listen directly here:

In addition to the articles below, you can also follow this link to another post that provides a much longer list of popular articles, scholarly articles, and blog posts on the evolution of running in humansfor more related articles/on-line resources.

If you liked this post and want to learn more about why humans run so well and how we evolved to do so, I highly recommend the following books by Bernd Heinrich and Christopher McDougall: