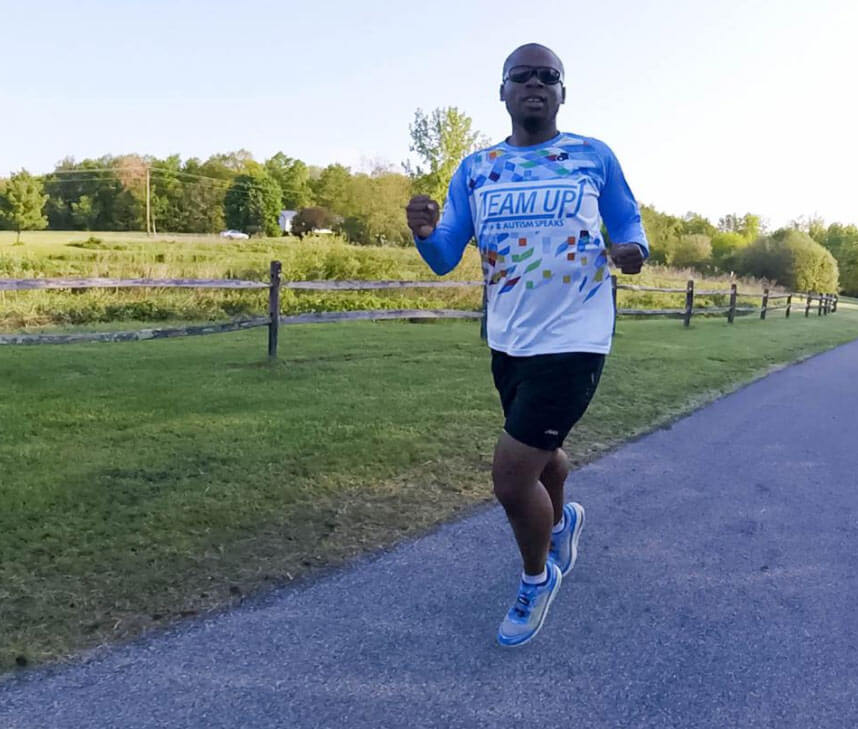 “Jonathan has run the NYC Marathon and the Boston Marathon eight times in a row, respectively. He is limited cognitively, but his effusive pride in his accomplishments is always palpable. My mother used to tell us, ‘Jonathan is not autistic, we are an autistic family.’ As a family, we have been truly uplifted by experiencing this journey with him, and being able to celebrate his passion is a wonderful gift. It is one of the most awesome things I have had privilege to witness. I am only three and a half years his senior, so I have grown up with autism as a big part of my life experience. Autism is a lifelong pervasive disorder, but we are so happy that he has found his niche and utilized his ability to contribute to society in a meaningful way.

Fun fact: Jonathan doesn’t take his medal off (except for showers) for at least a week or two once he completes a marathon. He dutifully puts it on, plays with it and likes when teachers and family fawn over it. Jonathan also loves to train. He loads up some Mary Poppins, Shrek, Wee Sing or Pixar soundtracks and enjoys hitting the pavement. Sometimes I join him. However, I have to use my bicycle to keep up! It is humbling and wonderful all at the same time. Jonathan has blossomed socially and behaviorally as he has transformed into a multi-marathoner. Running amongst thousands of people has immersed him within this community and the camaraderie of races has allowed him to be more comfortable in different settings.”- HOKA fan Jonathan Brunot’s brother, Verlaine Brunot