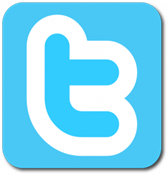 I was surprised and honored to open up the December 2012 issue of Runner’s World to find that I had been included among their 48 running Twitterati as a member of the #runnerd subgroup (I’m a proud nerd)!

To pay it forward, I thought I’d try something new here and write an occasional (maybe weekly?) post highlighting fellow runners that I follow on Twitter. I’ve been active on Twitter for several years now (personal Twitter handle = @Oblinkin, blog handle = @Runblogger) and have found it to be a fantastic resource for both information and social interaction.

Today I want to recommend three friends who I’ve known for a long time. All three are running coaches, all are accomplished runners, and all Tweet helpful information on training.

First up is Caleb Masland. Caleb does private on-line coaching, and he’s the guy who coached me to a half-marathon PR this Fall. Caleb is running the NYC Marathon this weekend, and has been chronicling his journey to New York in the wake of Sandy – here’s a sample Tweet:

Just boarded my flight to LGA. My commitment to carbs is seriously serious today. instagr.am/p/RiHs_cR75f/

Next up, Jason Fitzgerald. Jason is also an on-line coach and runs the Strength Running website. Jason has great coaching and training tips, and is well-worth a follow. Sample Tweet:

How to Prevent Over-Training and Running Fatigue (Or, How to Feel Great Every Day)bit.ly/RrFC3W

Last but not least, Steve Magness. Steve was assistant coach under Alberto Salazar at the Nike Oregon Project, and is now the head cross-country coach for the University of Houston. Steve writes the Science of Running blog, and regularly tweets on topics related to running science. Sample tweet:

If you haven’t tried Twitter yet, I highly recommend giving it a shot, and following these three guys would be a great place to start!