Running Long in the Heat 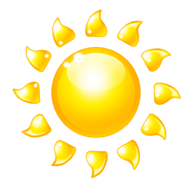 Like most people in the US I’ve been dealing with heat acclimation over the past several weeks. My runs have felt sluggish, my heart rate has been elevated way above what it should be for my level of effort, and running beyond 3 miles in 90+ degree heat saps me. The problem is that I actually really like running on hot days, so I tend to just deal with it until my body adapts.

This morning I had to take my wife’s car in for some recall work. My usual tactic on such occasions is to drive the car in, then run the 6 miles back home. However, the temperature this morning was pushing into the 80’s and I really had no desire to run, but alas I really didn’t have much choice. So, I told myself at the outset that I’d walk if I needed to in order to maintain a relatively constant level of exertion (I had used this approach last year over the same route with temperatures pushing 100 degrees – it actually does get hot in NH on occasion in the summer).

About three miles into the run I was actually feeling much better than I anticipated, and my strategy of walking up the hills was working out pretty well. I decided to take the long way home, which would be 11+ miles – longer than I have run in quite some time. I continued my walk uphill, run on flats and downhills strategy, and ultimately completed 12.25 miles at just a shade under 8:30 min/mile pace. For hydration all I had was a single hand-held bottle of water, which was more than enough to get me through.

Why share this story? Mainly because I often find it hard to force myself to walk when out for a run, even if it’s the wise thing to do. But, by doing so today I’m pretty sure I actually completed the run faster than I would have had I attempted to run the entire way. I finished feeling better than I have even after some recent five milers that left me completely trashed because I attempted to run too hard. And I got my first long run in for what I hope will be a return to the Smuttynose Marathon this October.

So, I sometimes need to write things like this down as a reminder to myself – it’s ok to walk when conditions warrant it. In the long run (no pun intended!) my body will be better off than if I tried to push through.

You just finished reading Running Long in the Heat! Consider leaving a comment!