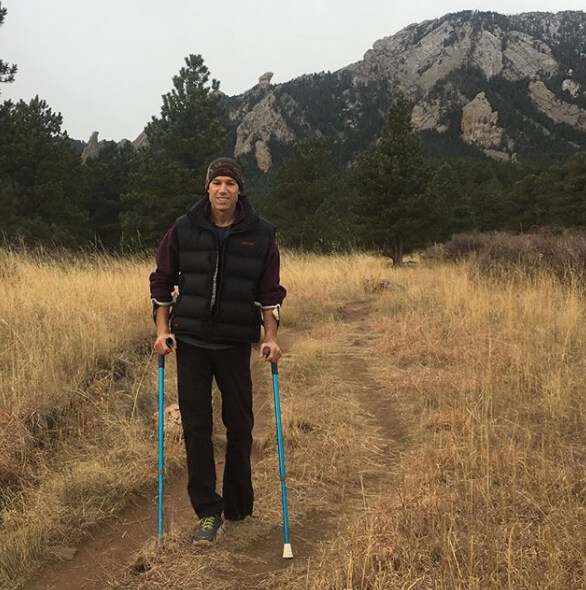 “Losing my leg wasn’t a reasonable prospect. But as time went by, there was scar tissue built up from different surgeries and the infection was still in there. In late May of 2015, I went for a trail run and it had been a really wet month — there was soil and rocks falling in weird places. I stepped on a big rock and all of the sudden it moved and I moved with it. I remember free falling and I landed on my back and lifted my head up as soon as I hit the ground. Then I was seeing a big rock land on my leg and I was in excruciating pain. They did a three-hour rescue and I went to the hospital. Over the course of that summer, I probably had 13 or 14 surgeries. It was a rough summer. It was borderline depression or whatever. I was hopeful I could get through it. I had no reason to believe I wouldn’t heal from this. I was still optimistic and I had a lot of options, but at a certain point I realized, ‘Oh, this isn’t working.’ Even if I would’ve recovered and done all the surgeries and tried to save my leg, I still wouldn’t have functionality. For me, it was just logical to amputate it. Other people in the same place might make another decision. It wasn’t a happy experience at all, but it was comforting to know that the course was set. There wouldn’t be all these vague things dragging on for years. It was good to know something that’s definite — an extreme definite. After the surgery, I had goals to be able to walk with the prosthetic. The reality is it takes months for that to happen and even longer to run. But, I’m still optimistic about where everything’s going. You know, I’m going to have setbacks and maybe there will even be an abrasion or a fit issue, but that’s just short term. Right now, I can go out on most days and do a little exercise with the family and that’s good.” – HOKA Athlete Dave Mackey from Boulder, CO.

Dave’s favorite shoe is the Challenger. 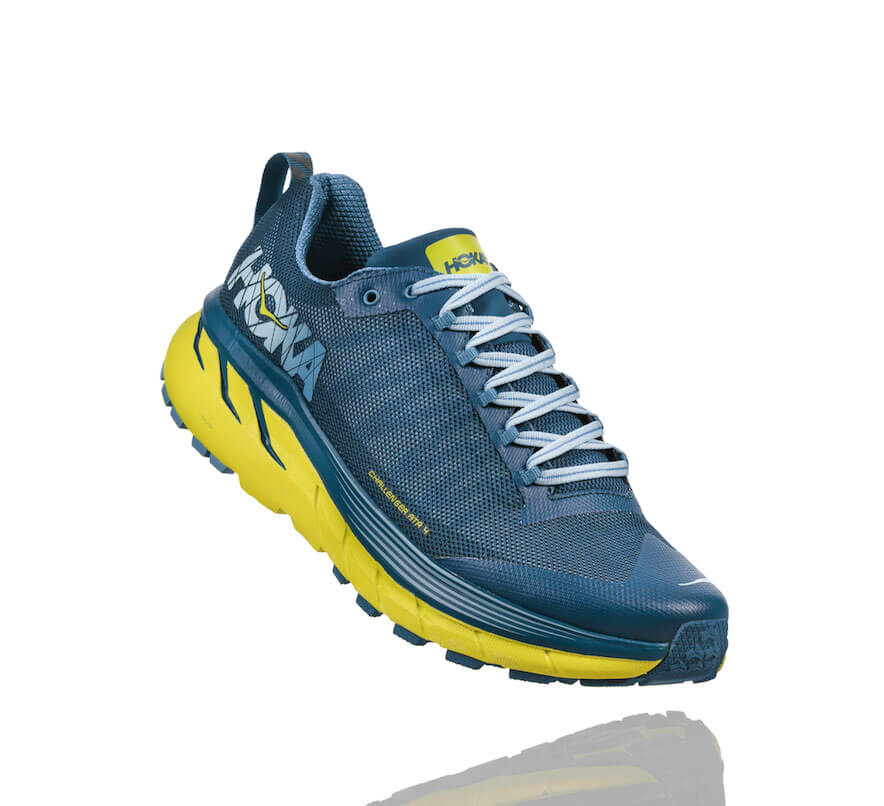