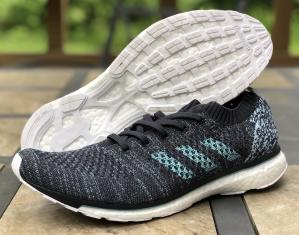 There was time when shipments of shoes would arrive at my house from various brands on a weekly basis. Some I had requested, some were shoes that brands were pushing because they were the latest and greatest thing and they wanted to spread the word. That’s how the blogging/review/influencer business works. It’s also part of the reason why I couldn’t make it as a full-time blogger. I always felt vaguely like I was a shill hawking products for big companies. Yes, I did my best to be honest, and not every review was positive, but there was always an underlying fear of being too critical for fear of upsetting someone, whether it be an advertiser or source of material/products to write about. Being an “influencer” kinda sucks, and it’s really hard to be authentic. I really just want to be helpful, and to write about things I like. I don’t really want to write long posts full of shoe specs – those are easy enough to find on product pages. So I thought I might try a different approach while writing my first review in a long, long time. Here goes.

The Adidas Adizero Prime Parley is a great shoe, maybe one of my all-time favorites. It wasn’t sent to me by a brand or marketing agency – in fact the model I have is old and has been updated. I don’t have the update, but it looks to be pretty similar. I found this shoe totally by chance – it was on clearance for like $25 at a local Burlington Coat Factory (which along with Marshall’s and TJ Maxx has become a favorite store for footwear “treasure hunting” – this shoe had an MSRP of $200). I saw it on the rack and recognized the paired Boost midsole and Continental rubber outsole as being quite familiar – it’s basically that of the Adidas Adios, another of my favorite shoes, and the one my oldest son wore for most of his track season last year. But the sole was paired with a one-piece, knit upper – very intriguing given that Nike Free Flyknits are my preferred shoe to wear during the day at work. They were size 11, but I tried them on anyway and they fit well. For $25, why not give them a try?

I’ve run nearly all of my miles in these shoes this summer, and they have proven to be one of the best treasures I have found at a discount store. If you’ve run in the Adidas Adios you already know what they feel like underfoot – the Boost midsole is bouncy but seems to firm up at higher speeds, and I’ve used them on the track and the road. I also ran my first race in a long time in them earlier this month. The upper is ridiculously comfortable – I love a knit upper that I can slip on and off easily without ever needing to untie, and they hug the foot without any slop while running. I didn’t realize until recently that the upper of the Parley model I have is made from recycled ocean plastic – another plus in my book. Parley is an organization dedicated to ocean conservation, and they have collaborated with a number of companies to use recycled ocean plastic in products.

In an effort to keep things short and to the point, I’ll finish by commenting on sizing. The pair I have are size 11, which is atypical for me, but they fit well when I tried them on (and they didn’t have any other sizes on the rack at Burlington). I wear a 10.5 in most shoes, and just yesterday I was at Marshall’s and they had a bunch of the adizero Prime on display. I tried on the 10.5 and it felt tight around the forefoot – I would definitely recommend at least a half size up. I would have bought another pair at Marshall’s for myself if they’d had an 11, but alas no such luck (my son, who has the same shoe size as me, also wanted one – we share similar tastes in footwear, though he is more into soccer cleats).

So, if you happen to be at a discount store and see the Prime Parley, I’d highly recommend giving them a try (they seem to be making the rounds of these clearance stores right now). It’s a great shoe, and highly versatile. The newer model looks like it has the same sole with a different upper, and even these can be had on clearance right now at Running Warehouse. If you have tried the newer version, leave a comment about the upper – I’m curious if it’s mostly similar to the model I have. Finally, for another take check out the Prime Parley review on Believe in the Run. 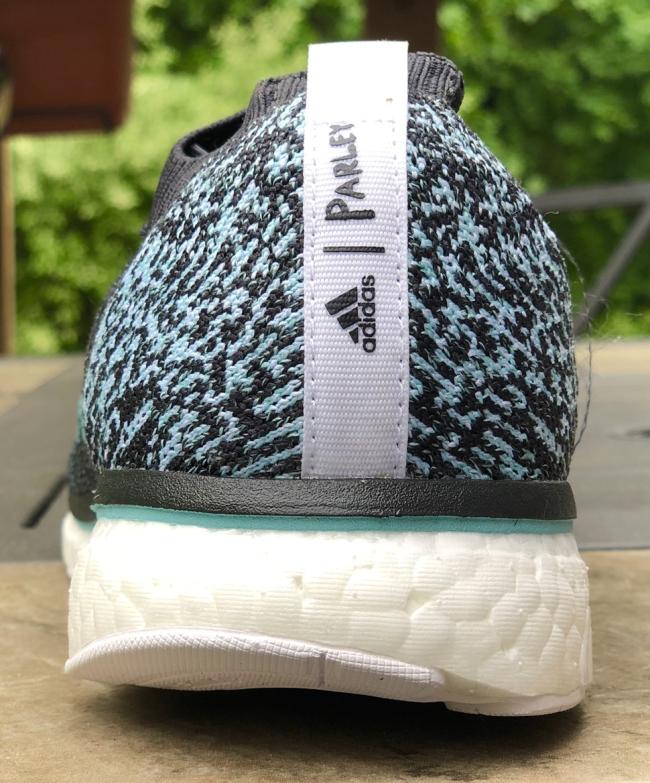