Sage Canady in the White Mountains of New Hampshire 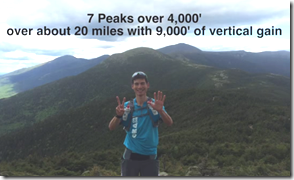 I wanted to share this mainly since it gives a bit of peak into the area where I live. The Whites are about an hour north of my hometown of Concord, NH, and there are tons of trails up there (my wife used to be the botanist for the White Mountain National Forest, so she’s explored many of them!). Despite being the capital of my state, Concord is a small town and is kind of the final gateway for those heading north to popular tourist destinations (the lakes region, Whites, etc.) – it’s a wonderful place to live!

One of my goals in the future is to make an effort to hit the Whites more often, which has been a challenge since I have three small kids (my oldest was born just after we moved to NH, and we’ve had at least one kid 3 or under almost continuously since then). My youngest is just about old enough that hiking is less of a challenge, looking forward to exploring more in the future!