Running Warehouse just posted a blog with some additional photos and more details about both the Saucony Kinvara 3 and the Saucony Peregrine 2.

Let’s start with the Saucony Kinvara 3. It’s a nice looking shoe with what appear to be some pretty significant changes from the previous two versions. Here are photos of the some of the first-wave color options for the men’s and women’s Kinvara 3: 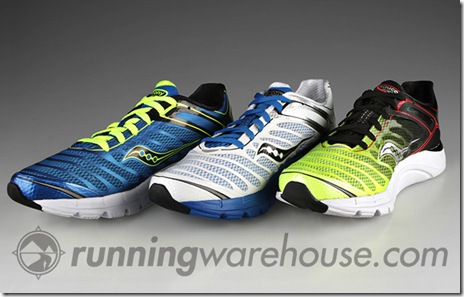 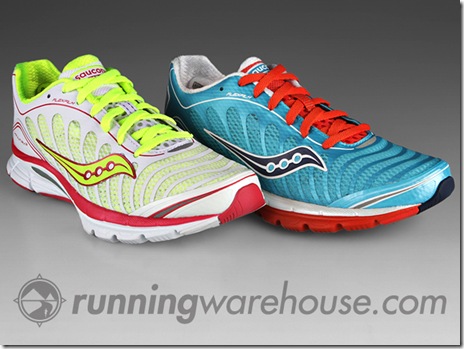 In addition to photos, RW posted a list of the updates found in the new Kinvara:

News about the availability of widths and a more durable sole should make a lot of folks happy as these are the two complaints I hear most about the previous versions of the Kinvara. Regarding durability, I’m still a bit skeptical that the new sole design will solve the lateral forefoot wear issue that some runners experience with the shoe. I personally have not had a problem with this, but I know plenty of folks who eat through the sole of the lateral forefoot really quickly – I suspect that true forefoot strikers are most likely to have an issue here. Thomas over at Believe in the Run posted a photo of the sole of the Kinvara 3 (see below), and though there appears to be added rubber under the lateral midfoot and extending forward onto the back of the forefoot, there does not appear to be any under the anterior two thirds of the outer forefoot. Not sure if any of these are final versions though, so time will tell.

The Saucony Peregrine 2 is the first update to Saucony’s first lightweight, 4mm drop trail shoe. I did a lot of running in the Peregrine last winter, and found it to be a very serviceable option as a lightweight trail shoe that could also be used on roads if needed. Sounds like the update mainly targets the upper, which Running Warehouse reports as being “more minimal” in the Peregrine 2. Here’s a photo: 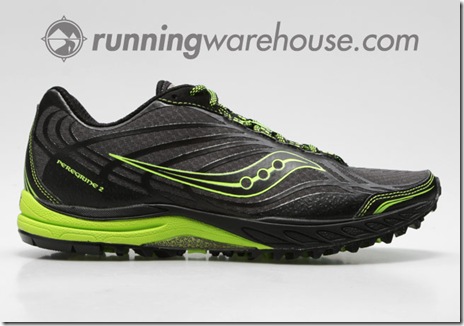 This new trail member of the Kinvara family shares the use of FlexFilm technology in the upper with the Kinvara 3 as well as the 4mm heel to toe drop. It weighs 8.5 oz men’s size 9 and has forefoot stack (midsole and outer sole) height of 12.5mm and heel of 16.5mm. It has a rock plate running from the forefoot almost to the mid foot.  I imagine this shoe will have a quite firm stable ride over varied terrain. Kinvara TR is a strong new contender in the light (<10 oz), low drop, yet protective trail runner category. 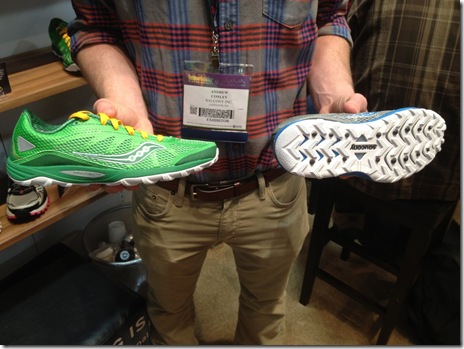 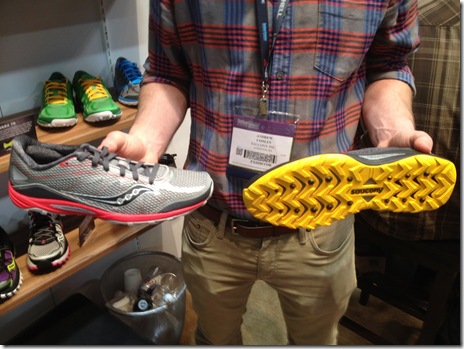