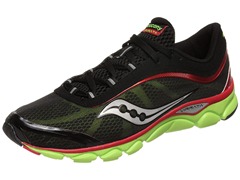 A few weeks ago I received a message from one of my many footwear spies across the globe. Alex Raggers is a runner from the Netherlands, and to his surprise he recently walked into his local running store to find that they had the new (and much anticipated) Saucony Virrata in stock. Given that I’m very interested in the Virrata given my past positive experiences with Saucony shoes (particularly the Kinvara and A5), I asked Alex if he could send me his initial thoughts on the shoe. He sent me much more than a few thoughts, so I asked him if I could post what he wrote here on the blog.

What follows are Alex’s initial thoughts on the Virrata based on comparisons to the Kinvara 3, as well as his experience on an initial few runs. Feel free to ask questions in the comments (I may get to see the shoe myself tomorrow when I visit Saucony HQ).

Yesterday I was very surprised to find the Saucony Virrata in my local store, Running Center in Roosendaal, the Netherlands. It actually is a rather conservative store when it comes to shoe selection, but I guess bringing the Saucony Kinvaras in paved the way for the Virrata (my frequent requests for more minimal shoes might have helped a bit as well!).

As a Dutch man, I would have liked the Virratas with the orange soles that I spotted somewhere online (Runblogger Note: I believe Alex is referring to these), but you can’t have it all, especially when you get ahold of a shoe that most runners have yet to see in person. The colour I was able to purchase looks like an update of my Kinvara 3: 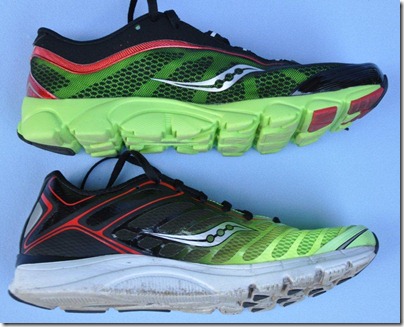 Colour selection in the Netherlands is typically limited, so although I would have preferred a different color scheme, I did buy the Virratas right away since I didn’t expect to see them in stock.

Comparison of the Saucony Virrata to the Kinvara 3 (K3)

Weight in size US10: Virrata is 199 grams, K3 228 grams (on my kitchen scale). That is almost a 13% reduction. It feels like most of the weight difference comes from a lighter sole. The material of the sole reminds me of my Saucony Hattoris. Same colour, same material? 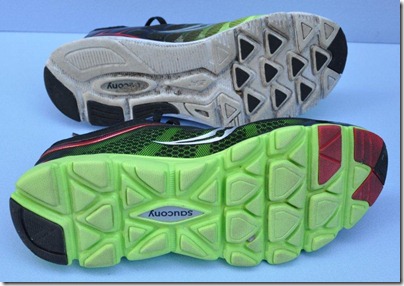 The Virrata looks narrower from above compared to the Kinvara 3 (see photo below), but feels the opposite. It actually feels a bit roomier around my toes. Height of the heel support is lower. It feels rather flat under the ball of my feet. The tip of the toebox seems to sit just a bit lower. Around the ankle the support is clearly lower. It lacks the additional ‘hydramax’ collar support pods found on both sides of the K3. The upper clearly consists of two layers. It looks messy at first sight, but when you wear them it looks normal, like one layer. The inside is soft and free of irritating seams.

Front/Back Views: Virrata on right, Kinvara 3 on left in each photo 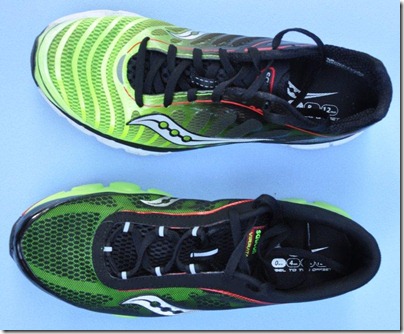 They run very light and easy. I don’t feel I have to adjust a lot to them. They actually feel a bit like an update of my K3. After a few miles I did feel an annoying ridge underneath the ball of my right foot. This reminded me of some runs in my Hattoris. Only on my right foot. Fortunately the feeling went away after a few more miles. I am not sure what it is. I have also felt this recently in the Kinvara 3, and it may be due to the cold temperature affecting how the sole feels. In a subsequent run indoors on a treadmill, I did not feel this “ridge,” and the cushioning felt quite soft.

My toes do feel comfortable and they have plenty of room in the Virrata. The shoes feel very breathable, actually a bit cold at first. I think your feet will get wetter in rain in Vittaras than in Kinvaras.

The sole seems to make more noise than the sole of my K3s. I am not sure whether this is due of the sole material, because it is zero drop, or maybe that the grooves in the sole work as a soundbox. They make more sound on cobbled roads than they do on tarmac. I did also notice that the grooves in the sole picked up one small stone on each foot. Less stones than in my Nike Free 3.0 v1/v3, but more than in Kinvaras. I did not feel them during the run though. 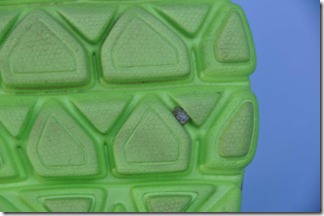 At the end of my first run I am quite happy with the Virratas. It will take some more runs to decide whether or not this will be my shoe of choice for the Loch Ness Marathon in September.

Alex Raggers is a runner from the Netherlands. He has run in several minimalist spectrum shoes, including the Nike Free 3.0, Saucony Kinvara, Saucony Hattori, and Vibram Fivefingers Bikila. He has completed two marathons (PR = 3:24:12), and is preparing for his third later this year.