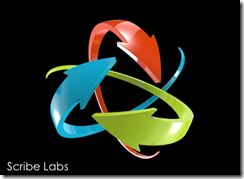 The world of mobile monitoring of aspects of running form is starting to grow rapidly. It started with devices like footpods that can track cadence and report the value in real-time on a watch or smartphone, but lately new tools have been popping up at a rapid pace.

For example, last week when I was at the Spaulding Running Center they told me about an iOS app called Level Belt Pro that can measure the alignment of the hips in multiple planes and provide feedback to a runner when they tilt the pelvis excessively in the frontal or sagittal planes (just ordered the belt so I can start playing with it).

As another example, the Garmin Forerunner 620 (should be out in a few weeks at Clever Training) comes with a heart rate monitor containing an accelerometer that claims to measure vertical oscillation of the body, as well as ground contact time (accuracy will be the big question, and there is the issue that the center of mass of the human body is not located near the chest).

Earlier today I received an email from a friend (thanks Bob!) alerting me to an article that DC Rainmaker posted a few days ago about a new foot pod coming from ScribeLabs that is packed with sensors that can measure the position of the foot throughout the gait cycle. 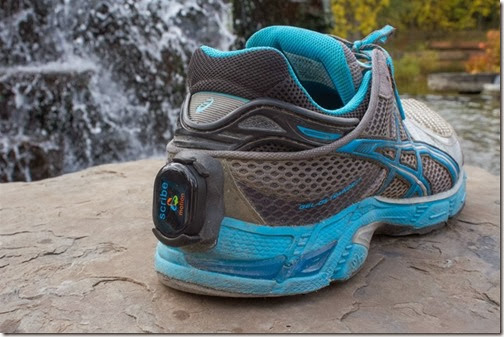 In particular, the ScribeLabs sensor can measure pitch and roll, with pitch being a measure of foot position in the sagittal plane and roll being a measure of foot position in the frontal plane (an iPhone would presumably be able to do this as well as it’s basically what the Level Belt Pro App does, but it would be tough to attach an iPhone to your shoe!). From a practical standpoint, pitch can tell you the inclination of the foot at contact, which can tell you if you are a heel, midfoot, or forefoot striker. Roll can give you an indication of inversion and eversion during stance, which might help identify movement issues at the ankle. Of possibly even greater interest, the ScribeLabs sensor can provide a measure of peak G-Forces and how those relate to things like stride rate, and also presumably how things change with changes in form and footwear (much like a force treadmill, though again accuracy will be the big question). For someone like me who does gait analyses on a regular basis, tech like this is very intriguing!

I’m very interested in getting my hands on one of these sensors to play around a bit, but looks like we’ll have to wait until next Spring before they are available. Nothing out on price yet, so I may contact the company for more info. In the meantime, head over to DC Rainmaker’s site for a thorough preview of the ScribeLabs Motion Sensor!