Home / Blog Posts / Shirt or No Shirt When Running in Heat?

Shirt or No Shirt When Running in Heat? 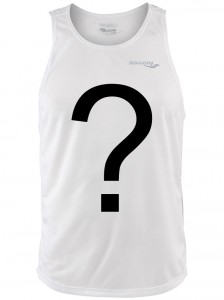 Last winter I wrote a post on a topic of intense debate among runners: shorts or no shorts over winter running tights? It wound up being one of the most popular posts on this site, and it became clear that we runners have strong opinions about fashion etiquette!

Now that the weather has warmed up and my tights have been packed away for the summer (though one can never be sure winter is really over in May in New Hampshire), I thought I’d tackle another pressing question about running fashion. This one was spurred by a question my friend Adam posted last week over in the Running Shoe Geeks group on Facebook (join us!). Adam’s question: Do you prefer a shirt or no shirt when running long in the heat?

Rather than leave all of the fun on Facebook, I thought I’d pose the same question here along with my own answer.

Personally, there are a number of factors that determine if/when I would run shirtless. These include:

1. My Current Body Weight. I’m a bit ashamed to admit it, but as someone who has been on the heavier side of average weight on more than a few occasions in my life, I tend to be very self-conscious of my body. Since becoming a runner there have been a few times when my weight has dipped down in the mid to low 160’s, and on those occasions I have felt comfortable enough in my own skin to run without a shirt. And I loved it! One of my most memorable runs was a fairly long run on a hot day where all I had on was a pair of shorts and a pair of Vibram Fivefingers (double running fashion faux pas?). I remember loving the simplicity of that run. I jumped in the Merrimack River on the way home, and didn’t have to worry about my shoes being wet or having to carry a soaked shirt home with me. Given a choice, I’d prefer to run without a shirt if my self-image and running conditions allow it.

2. Tree Cover. New Hampshire is a pretty heavily forested state, and even on my road runs there is usually ample tree cover on at least one side of the road. I would not go shirtless if I planned to be out for a long time in the direct sun. I’ve been burned enough in the past to know that this is not a wise idea, and I’d rather not slather my entire torso in sunscreen before every run. Sometimes a shirt is both safer and easier.

3. Heat. Several of the commenters on Facebook pointed out that a light shirt will actually keep you cooler on a really hot day than no shirt at all. One pointed out that nobody goes shirtless at Badwater. I haven’t experimented enough to have an opinion on this, but it’s something I’d be interested to play around with. My biggest issue with wearing a shirt in heat is nipple chafe (a fun topic for another day!). That can be dealt with with lube or bandaids, but lube can stain and bandaid application is one more hassle I’d rather not deal with on a regular basis.

4. Hydration Packs. If I plan to wear a pack to carry water on a hot day, I wear a shirt. I’m prone to chafing, and thus a bit afraid to risk wearing a hydration pack without a layer of fabric between the pack and my skin. Anyone have experience with this?

So, will I go shirtless this summer? Maybe, I still have some extra pounds to drop from last winter before I’m willing to expose my pasty white northern skin for all the world to see!

How about you, shirt or no shirt on hot runs?

You just finished reading Shirt or No Shirt When Running in Heat?! Consider leaving a comment!