Shorter, Quicker Stride Reduces Impact on Knees and Hips: New Research From Dr. Bryan Heiderscheit of the University of Wisconsin 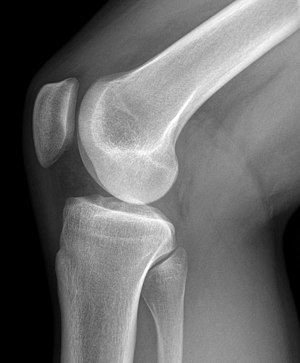 One of the major arguments posited by many for running barefoot or in minimalist shoes is that doing so reduces the likelihood of injury. However, although I trend toward minimalism in my own shoe preferences, I’ll be completely honest and admit that no study has confirmed that barefoot/minimalist running in fact reduces injury rates in runners (similarly, to my knowledge no study has shown that modern, high-tech shoes do either). Given this, where does this belief in the injury reducing capacity of barefoot/minimalist running come from?

In the absence of studies examining the link between shoes/minimalist shoes/lack of shoes and injury risk, what we are left with is anecdotal evidence – many runners have reported overcoming old or nagging injuries by shedding their shoes or running in a minimalist shoe like the Vibram Fivefingers. However, for every runner who reports being cured of old running injuries, a seemingly equal number of barefoot/minimalist runners succumb to injuries like the dreaded “top of foot pain” or metatarsal stress fractures. It is quite possible that many of these injuries are due to people doing too much too soon in a shoe that their body is simply not adapted to, and it is therefore hard to know if these injuries would still occur if a longer, easier adaptation regimen was followed. It is also possible that some people simply cannot tolerate running barefoot or in a very minimal shoe due to the unique structure of their body (human variation is very real, this I do firmly believe).

Rather than dwell on the larger injury debate too much here, I want to focus on just one aspect – why do some runners seem to overcome injuries after making the switch to running barefoot/minimalist?

One of the things that many people notice when switching to a barefoot/minimalist running style is that their stride begins to change. Types of changes observed include a change in footstrike from heel to mid/forefoot, a shorter stride, and a faster turnover. I unfortunately never took the time to count my stride rate prior to going minimalist, but my sense is that mine has increased, and 3 recent measurements (on different runs) all put me at a cadence of 180 steps/minute. Stride length is harder to gauge, but wear patterns on my shoes do suggest that my heel strike has diminished considerably, and I can clearly tell that I land either midfoot or forefoot when I run in my Vibram Fivefingers (I tend to alternate between the two footstrikes while I run in them). These same types of observations are noted repeatedly by runners who make the switch.

Given the above, one might hypothesize that one of the ways that going barefoot/minimalist might help some people is that it facilitates a change in running gait, and that change in some way ameliorates problems that were causing trouble for some people. After this long introduction, this is where the study by Dr. Bryan Heiderscheit and colleagues of the University of Wisconsin referred to in the title comes in. I will state at the outset that I have not read the study yet (I am trying to get ahold of it – I really wish all journals were open access!), but it has been reported on by two people who’s opinions I respect: Alex Hutchinson on Sweat Science and The Globe and Mail, and Amby Burfoot on the Peak Performance Blog.

In a nutshell, Heiderscheit studied the effects of stride rate (both increased and decreased) on gait in 45 recreational runners. They had each runner run (in their own shoes) on a treadmill at stride rates both 5% and 10% below (slower cadence) and above (faster cadence) their preferred stride rate. According to the abstract of the study, the results yielded the following:

What this shows is that running with a faster cadence/higher stride rate reduced loading on the knee and hip, allowed for a more level carriage of the center of mass (less vertical oscillation), shortened stride length, and created less braking impulse.  All of this is very interesting, and seems to provide a possible explanation for why at least some runners are able to overcome injuries by going barefoot/minimalist. The reasoning goes like this: suppose a runner has a history of knee or hip injury, and decides to make a radical change and ditch their shoes or start running in something very minimal. Associated with this change, their stride begins to shorten, and their turnover increases. What Heiderscheit has shown is that in doing this, they also might be reducing impact forces on the knee and hip. The leap is then to say that reducing mechanical energy being absorbed at those joints in some way “cures” the injury. This last part, unfortunately, is the link that still needs to be made, but according to Alex Hutchinson’s article in The Globe and Mail, Heiderscheit has indicated that “a randomized, controlled trial comparing increased stride rate to standard care for knee pain and iliotibial band syndrome, with a one-to-two-year follow-up, is in the works.” The results of such a study will be very interesting to see.

I want to next address some information presented in a fascinating interview that Amby Burfoot conducted with Dr. Heiderscheit on the Peak Performance blog – I highly recommend that you read it. Among the interesting tidbits from the interview are the following:

1. In the interview, Heiderscheit points out that the idea for conducting the study came from observation of runners in their clinic – they noticed that many patients reported that their knees felt better when they ran fast (which also implies faster cadence). This is a great example of how anecdotes can drive interesting research, and it’s refreshing to hear this. All too often scientists like to push aside anecdotal evidence, when in actuality it can be the greatest source of inspiration for research. What we are seeing right now in the barefoot/minimalist debate is tons of anecdote and little hard research, but my hope is that the anecdotes that are out there will drive researchers to ask and address new and interesting questions.

2. In response to a question posed by Burfoot regarding what he thought might happen if his subjects had worn racing flats, Heiderscheit responded that: “I’d guess, and this is just speculation, that they wouldn’t run the same as in the training shoes. I think they would have selected a preferred stride rate close to our +5 percent condition.” Burfoot goes on to ask about whether “thick, cushioned shoes” encourage runners to take a longer stride, to which Heiderscheit responds that there is lots of variability (as I would expect), but that it “seems like a reasonable conclusion.“

3. Heiderscheit addresses the fact that runners in his study perceived a higher degree of exertion at a faster stride rate by pointing out that it takes time to adapt to a new stride and not feel “goofy” doing it. This is my experience exactly – any time I try something new with my running gait it feels weird at first, but with practice it tends to become much more comfortable.

As I mentioned above, there’s a lot more interesting stuff in Burfoot’s interview with Dr. Heiderscheit, check it out here: http://peakperformance.runnersworld.com/2010/08/aug-24-new-study-reports-that-shorter-strides-can-have-many-benefits.html

I’ll end with a few observations of my own.

1. Despite the interesting findings presented in this study regarding the potential benefits of a shorter, quicker stride, Dr. Heiderscheit clearly points out that they have not linked reduced impact force on joints to injury reduction. He does, however, indicate in Burfoot’s interview that anecdotal evidence from the clinic seems to support this contention – until the results of an injury study come out, that is what we have to go on.

2. Does this study “prove” that barefoot/minimalist running is better? I want to address this because I often see how results of studies like this can be taken too far to support a point (I’ve probably done it myself from time to time). It’s important to note that Heiderscheit’s study was neither intended nor designed to address the benefits of barefoot/minimalist running. I’d suspect, though I can’t be sure, that most of the runners in the study were wearing modern, thick soled shoes. So it’s entirely possible that the benefits of a shorter, faster stride are independent of footwear.

What I do find intriguing is that many people observe a fairly rapid shift in gait when they begin a move into barefoot/minimalist running. I have experienced this myself. Thus, it is possible that going barefoot/minimalist could help you in a gait transition, which could in turn help you to reap some of the benefits conferred to the subjects in Heiderscheit’s study when running at increased cadence. People should still be aware that making this transition does carry some risk as the body needs time to adapt to the different forces applied to the feet and legs in barefoot/minimalist running, and that a transition needs to be made slowly and carefully. However, if the transition can be accomplished safely and successfully, and the end benefit is less impact on the knees and hips (and this is shown at some point to reduce injury rates), a slow, steady transition just might be worth it.

3. A question that I have been mulling related to the previous point is what is the long term effect of shortening stride in a thickly cushioned shoe with a lifted heel? If the trend in this study was that runners experienced reduced force on the knees and hips at a stride rate faster than their preferred rate, is it possible that running in a thickly cushioned shoe with a lifted heel encourages a slower cadence/longer stride with higher knee/hip impact, at least in some people (I’m again making the assumption that most of the runners in this study wore this type of shoe)? People running barefoot are advised to shorten stride and increase cadence (often seems to happen automatically), because to do the opposite would hurt (though even Daniel Lieberman’s Nature paper reported some barefoot heel strikers). Could advising people to shorten stride in a lifted shoe potentially be problematic? This was touched on a bit in the Burfoot interview, but one wonders if you train at a stride rate faster than preferred in heel lifted shoes, is there anything problemaic with this? I don’t know the answer to these questions, or if they even matter, but it would be interesting to see them addressed (I’m basically just thinking out loud here…).

4. I’ve said this a number of times recently, but the best way to see how something like an increased stride rate might benefit you is to try it yourself. If you have a history of knee, ITB, or hip issues, maybe a shorter, faster stride is the way to go. Head out and try focusing on getting your foot to land a bit closer to your hips, or you can use a cue like that suggested by Steve Magness to “put your foot down behind you” – it’s not what really happens, but it’s helpful to make you conscious of your landing location. It will likely feel strange at first, but as I have found it does get more comfortable with time. If you need encouragement, I particularly like the final quote from Dr. Heiderscheit’s interview with Amby Burfoot: “…the big picture is, if you change the big forces by lowering the center of gravity displacement and lowering the landing impacts, I can’t see how that can be a bad thing for any injury.“