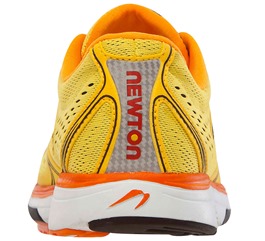 This is Part 2 of a 4-part series – you can also view previews of Altra, New Balance, and Hoka summer 2014 releases. Since these shoes have yet to be released, I have not run in any of them. If you have, we’d love to hear your thoughts in the comments!

Newton has several new models set for release within the next few weeks. Traditionally known for relatively high-priced shoes, Newton seems to be aiming for the lower end of their pricing spectrum with a few these new releases (Fate, Kismet and Aha), and the BoCo Sol seems to address some of the limitations of the original BoCo AT. Release dates for all of these seem to be in the late June/early July window.

When Newton made the move to 5 lugs across the board this year they introduced what they are calling the POP scale (POP stands for Point of Power). As I understand it from this RunBlogRun interview with Newton president Craig Heisner, lower POP numbers mean more prominent, responsive lugs (e.g., POP1 shoes like the Distance III), and higher POP numbers indicate more forgiving, less protruding lugs. The Newton Fate is middle-of-the-road as a POP2 shoe, and price is $129 MSRP, so lower than most Newton shoes other than the Energy NR (and the Aha described below). Specs reported in a few places indicate that the Fate slots in at 4.5mm drop and a bit under 10oz. The Fate is the “neutral” partner to the Kismet (see next). Great looking shoe!

The Newton Kismet appears to be the stability equivalent to the Fate. Not sure what the exact differences are, but the Fate/Kismet pairing seems similar to the Gravity/Motion neutral/stability pairing at the high end of the Newton pricing spectrum. Specs look very similar to the Fate: 4.5mm drop and just under 10 oz in weight. Also like the Fate, MSRP for the Kismet is $129.00. 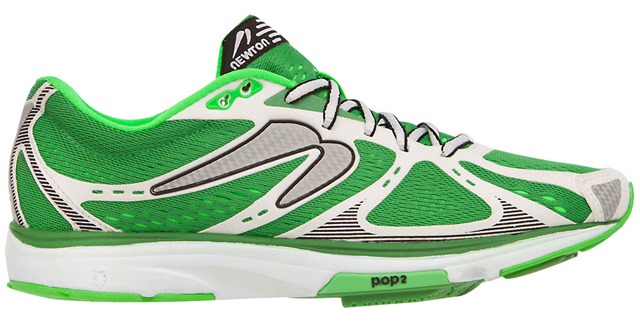 I first heard about the Newton Aha in the Running Shoe Geeks group on Facebook. I know very little about this shoe, and the only place I have seen info on the shoe posted is on the Road Runner Sports website. It looks to be the first of the Newton POP3 shoes, which means the lugs should be the least pronounced among Newton shoes.

The Aha is spec’d at 6mm drop and 7.4 ounces, so lighter than the Fate and Kismet. MSRP is $109.95, so the combo of price and the POP3 lug platform would suggest that this may be intended as an entry-level shoe for people interested in the Newton platform (as a way of transitioning into the feel of a shoe with forefoot lugs, which can take some getting used to). From a color standpoint, the Aha is rather subdued for a Newton shoe – wonder if that’s a strategy to get people onto the platform and then attract them to the brighter (and more expensive) models.

I reviewed the Newton BoCo AT trail shoe last December. They fit great, have a nice roomy toebox, and the sole offers excellent protection and decent traction. My one big concern with the BoCo AT was that the upper was rather thick and I had concerns about how it would handle the heat of summer from a warmth and breathability standpoint. The Newton Boco Sol looks to have been built to address this concern as it swaps in what appears to be a more breathable mesh upper onto the BoCo AT platform.