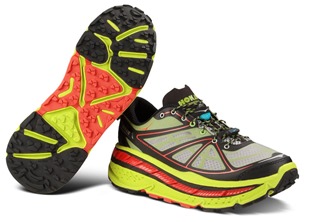 This is Part 4 of a 4-part series – you can also view previews of Altra, Newton, and New Balance summer 2014 releases. Since these shoes have yet to be released, I have not run in any of them. If you have, I’d love to hear your thoughts in the comments!

I’ve only run in Hokas once. I have a pair of the original Mafate, and they are huge and cumbersome. I didn’t dislike running in them, but they are simply too much shoe for me.

I’ve been wanting to try one of the lighter Hoka models for awhile. I tried the Bondi 3 and Conquest on at my local running store a few weeks ago with the intent of buying one to review, but neither fit quite right. Hoka has a several new models coming out in the next month or so, and I’m hoping one of the new lower-profile models will be a good match (Huaka or Clifton – see below). 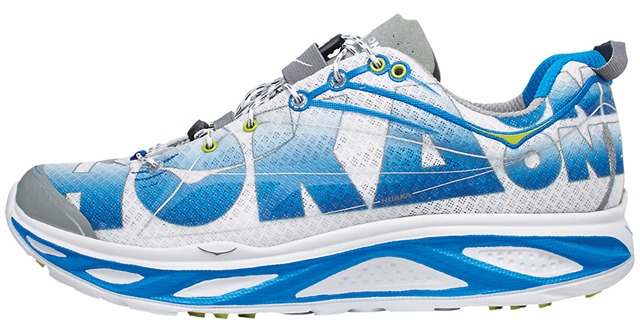 The Hoka Huaka might be the Hoka that I finally put some miles on. It’s a 2mm drop road/trail hybrid shoe that weighs in at only 8.9oz (quite low for a Hoka shoe!). Word from a member of the Shoe Geeks group on Facebook (thanks Eric!) is that the Huaka stack is 27mm heel, 25mm forefoot. Eric owns The Balance Athlete in Renton, WA and they have the Huaka (and Clifton – see below) in stock now – pretty sure they will ship orders if you call them and are anxious to try the shoe. Running Warehouse now has the Huakain-stock for MSRP $150, and they are also now available on the Hoka website. 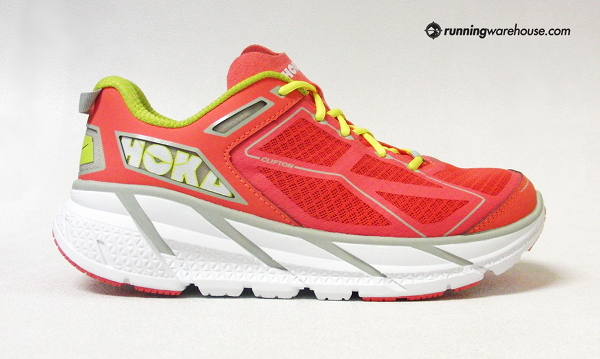 In addition to the Huaka, Hoka is also adding the even lighter Hoka Clifton to their lineup. The Clifton is a 7.9oz road shoe, with a stack of 29mm heel, 25mm forefoot. The Hoka Clifton is now available at Running Warehouse and on the Hoka website. 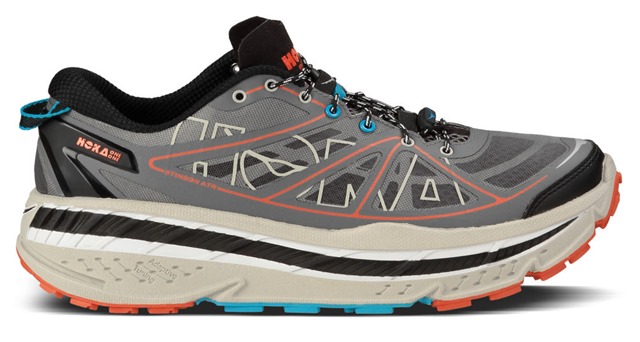 The Stinson ATR is the update to the Stinson Trail. It’s is a 6mm drop shoe with stacks of 30mm heel and 24mm forefoot (2mm less than the Stinson Trail in both regions), and It weighs in at 11.7 oz. Hoka continues to improve the aesthetic on their shoes – I recommend them to clinic clients from time to time and the pair of Mafates I have in my office is typically a big turn-off. “It looks like a Frankenstein boot!” is a typical response when I pull them out. The Stinson ATR is actually a pretty nice looking shoe (though the giant sole will still be a turn-off to some).

MSRP is $160 and they are now in-stock at Running Warehouse. 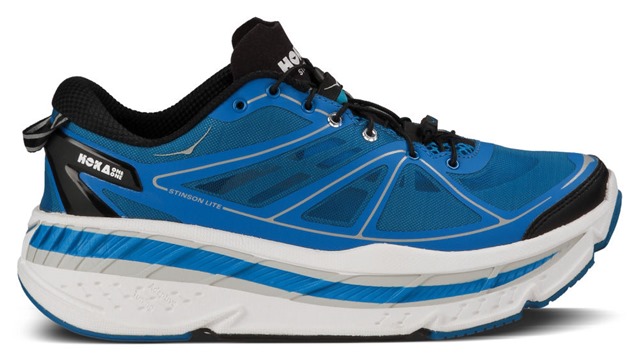 The Hoka Stinson Lite is the update to the Stinson Tarmac. Specs are the same: 6mm drop, 32mm heel/26mm forefoot stack, and weight is 11oz (just a bit lighter than the ATR, probably due to less outsole material). Interesting to see the word Lite associated with a shoe that weighs 11oz!

MSRP is $160 and they are now in-stock at Running Warehouse.

This was the final post in my 2014 summer shoe preview series. If you arrived here directly, you can also check out the Altra, Newton, and New Balance preview posts.