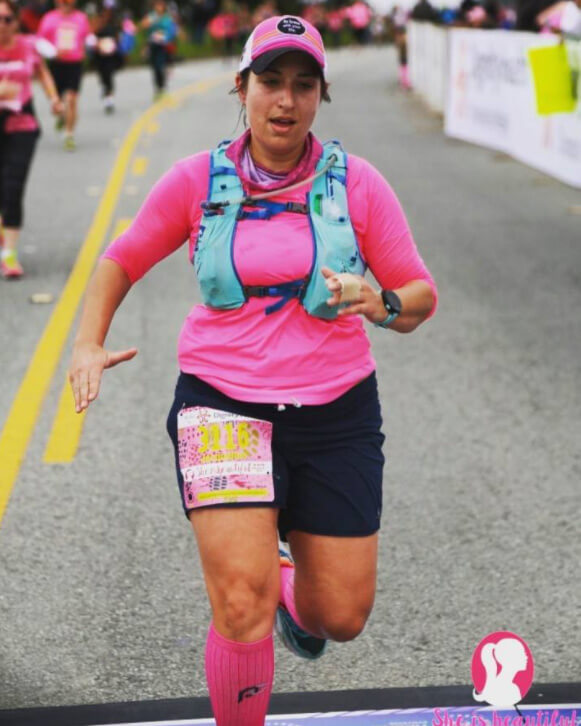 “Running has made me realize that I’m capable of so much more than I thought. I was never considered athletic growing up — I was the band nerd. I could rock out a really awesome oboe solo, but running the mile in high school? Forget it. So, going into adulthood, I had this really negative perception of myself. I just assumed that since I was never a runner when I was younger, there was no way I could ever do it — or like it or incorporate it into a daily routine or have fun while doing it. There are so many people that can’t run or don’t want to run, and I think we forget that we have a choice. I get to make the choice daily, weekly, monthly and yearly to run. I have bad days for sure. But through this sport, I have met some of my closest friends, run in the most epic places and gotten stronger and healthier than I have ever been. To find a supportive community that has grown me into an adult runner has given me confidence. I know when I set a goal, I can accomplish that goal with a lot of hard work and determination. I literally cry every time I cross a finish line because it seems so out of this world that I just decided to run one day. I feel blessed to be surrounded by positive people that believed in me when I couldn’t or wouldn’t and kept pushing me to new limits. Running is such a mental sport, so I use it as my form of therapy and meditation. These days, I don’t get much time to be disconnected from work, life and technology. But my run time? That’s all for me. I just run.” – HOKA Fan Jackie McCloud