Home / Blog Posts / Switching to a Forefoot Strike: How Does it Affect Lower Back Movement

Switching to a Forefoot Strike: How Does it Affect Lower Back Movement and Shock Applied to the Body 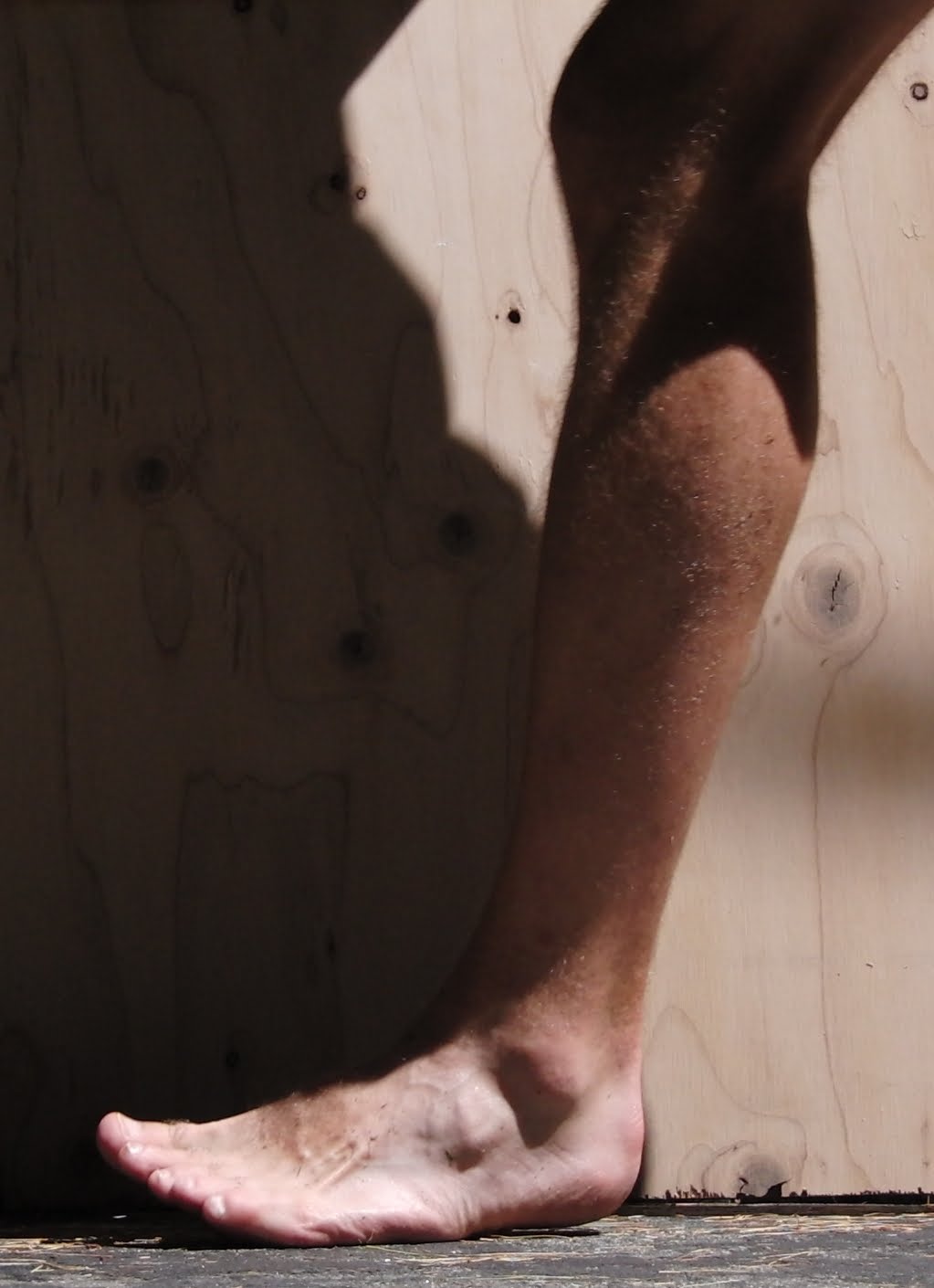 A new study was just released ahead-of-print on the Medicine & Science in Sport & Exercise website. The study was authored by Traci Delgado of UNLV and colleagues, and is titled “Effects of Foot Strike on Low Back Posture, Shock Attenuation, and Comfort in Running.”

The goal of the study was to determine how heel striking vs. forefoot striking while running might alter: 1) lower back movement, 2) peak leg acceleration, 3) impact shock attenuation (i.e., how much shock is attenuated from the shin to the head), and 4) subjective comfort.

To address these questions, the researchers had 43 runners (24 male, 19 female) run barefoot on a treadmill using both a heel striking and a forefoot striking gait. Since 84% of the runners were heel strikers, in the vast majority of cases forefoot striking was a novel gait with which the runners had little or no experience. Shock was measured using accelerometers attached to the tibia and head, and lower back movement was measured using an electrogoniometer.

Results of this study showed that running with a forefoot strike: 1) decreased total range of motion in the lower back, but did not alter peak   flexion or extension 2) reduced peak tibial acceleration 3) reduced shock attentuation from the shin to head (since there was less shock to attenuate) 4) reduced subject running comfort

One of my critiques of this paper is the manner in which they cued a forefoot strike. Here’s what they told runners to do: “1) ‘try to run on your toes’ and 2) ‘do not let your heels touch the ground.’”

This is not the typical way barefoot runners run (the heel almost always comes down after forefoot contact – see the video below from the NYC Barefoot Run), and is the same cueing applied in a previous study, which I wrote about in an article for Lower Extremity Review:

“…Laughton et al. found no significant difference in loading rates between rearfoot and forefoot strikers and increased tibial acceleration in forefoot-striking runners. However, they looked at natural rearfoot strikers asked to switch to a forefoot strike pattern rather than natural forefoot-striking runners, and, furthermore, they instructed runners to run with a “toe-strike” and not let the heel touch the ground. In my observation, natural toe running without heel contact is extremely rare among runners, and the authors point out that running with this style of gait could have caused artificial stiffening of the leg, leading to an increase in tibial shock.”

Interestingly, even though they advised runners to run in a similar manner, Delgado et al. actually found that tibial acceleration was lower in forefoot strikers in this case. This is the opposite of what Laughton et al. found, and I’d be curious to see the results if the heel were allowed to come since that would allow increased use of the ankle and calf musculature in shock absorption and could further reduce the need for movement at places like the knee, hip, and lower back.

Regarding the finding that adopting a FFS reduced overall back movement, they report the following:

“Greater overall low back excursion with a RFS pattern may suggest that this pattern creates a greater demand for stability in the lumbar spine. Therefore, this foot strike could possibly not be beneficial for individuals with stability problems, including hypermobility or atrophied lumbar spine musculature. However, the change in ROM did not exceed known error of the measuring device for lumbar ROM, suggesting that the effect may not be clinically significant even though it reached statistical significance.”

Thus, the results thus could indicate a positive effect of switching to a forefoot strike for those with lower back pain, but the difference was not of such a magnitude that they felt comfortable stating this with certainty (anybody experienced a reduction in lower back pain as a result of changing footstrike? – let us know in the comments). Again, it would be interesting to see if things might change with slightly different cueing and greater experience with a forefoot strike – it’s always difficult to know with instantaneous changes with a novel movement pattern will change with time. Following on the the latter point, the authors propose that the reason for the perception that heel striking while barefoot was more comfortable despite causing greater shock was because the forefoot strike was novel for most of the subjects (I can’t help but wonder if the advice “to run on your toes” was also detrimental to comfort – this style of forefoot striking puts a lot more strain on the calf muscles).

Finally, regarding impact shock they say the following:

“This study revealed that there was lesser peak leg impact at contact when running with a FFS pattern. This is consistent with current evidence suggesting that running with a FFS would decrease shock when compared to running RFS (6,29,31). Shock attenuation was also observed to be greater with RFS than FFS; there is more shock absorbed throughout the body when running RFS. This may be due to the overall greater foot-ground impact to be generated in RFS, thus increasing the magnitude of shock to be attenuated.”

You just finished reading Switching to a Forefoot Strike: How Does it Affect Lower Back Movement and Shock Applied to the Body! Consider leaving a comment!