Home / Blog Posts / The Benefits of a Running Coach: My Experience So Far With Caleb Masla

The Benefits of a Running Coach: My Experience So Far With Caleb Masland and Team Wicked Bonkproof 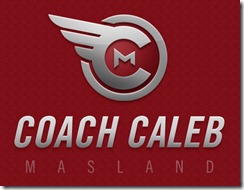 About a month ago I got a message on Twitter from a local runner in NH who was looking for a coach. I’ve been thinking about trying my hand at a bit of coaching, so I initially offered that I’d be willing to give it a try if they were up for working with someone with no formal coaching experience beyond snippets of advice provided in emails to readers of this blog. However, upon asking for details about this runner’s goals and ability (which we equal to or even a bit above above my own), it became clear that I might not be the best person for the job.

I’ve never worked with a coach myself, and in the past I’ve never even been particularly fond of formal training plans that you might find in a book or magazine. Given my time constraints and running style, I tend to just run by feel on a given day, and long runs and the occasional speed session were the extent of my quality workouts. However, I know a number of people who claim to have benefited from the structured oversight of training that a coach can provide, and I saw an opportunity for a new experiment (something I’m always on the lookout for!).

Over the past 3 years as a blogger I’ve come to know a number of runners who do on-line coaching. I’ve known one in particular, Caleb Masland, since the early days of dailymile.com, and we ran on a Ragnar Relay team together in January. Caleb is one of the most impressive runners I know, and has won numerous races at distances ranging up to the 50K. Caleb also coaches a number of my friends, so he was a natural choice – I shot him an email and asked if he’d be willing to coach our little crew from NH in preparation for the Smuttynose Half Marathon in late September. Caleb is slowly building his coaching stable (he has about 25 members of Team Wicked Bonkproof right now), and is hoping to grow his team and make coaching a more formal business going forward – he agreed to help us out, and I agreed to write about the experience.

I’m now about 4 weeks into training under Caleb’s tutelage. Overall, the experience has been fantastic! One of my fears about working with a coach is that I would feel compelled to get in a workout even if my body was telling me it needed a break. What I have found is that Caleb does a great job of building easy days and rest/XC days into his weekly programs, and provides the flexibility to shift workouts around as needed. His weekly programs (at least for me) are built around 3 quality runs per week (usually two speed/hill workouts and a long run), with 2-3 easy runs mixed in. He also includes strength routines, which I have been omitting so far since I do Taekwondo twice per week and don’t want to overload my legs (Taekwondo is a killer workout – great cross-training for running).

One of the things I have really enjoyed about working with Caleb is the variety of speedwork that he includes. Speedwork is something I really enjoy, but for me historically consisted of mostly 200-400m repeats and tempo runs. Caleb now has me doing long intervals (which are tough!), hill sprints, and strides (usually as part of a warmup) – these are challenging workouts, but in a good way.

As far as improving my fitness, running a few races will be the true test, but I ran more miles in July than in any other month recorded in my log back to 2007 (170+ miles), and I’ve dropped about 8 pounds of bodyweight since early June, so I’m certainly feeling more fit (intense speedwork really seems to burn fat off my body quickly). Caleb has pushed my limits and training beyond what I would have done myself for a half-marathon, and it will be very interesting to see the results. I’ve also learned a lot about coaching so far by being coached, and this has gotten me thinking a lot about the future…

If you’re looking for a running coach, I highly recommend giving Caleb Masland a look. He’s building a website right now, but can be found on dailymile, Facebook, and Twitter. He’s a great guy, and would be more than happy to chat about options if you are interested.

You just finished reading The Benefits of a Running Coach: My Experience So Far With Caleb Masland and Team Wicked Bonkproof! Consider leaving a comment!