Home / Blog Posts / The Origin of Oblinkin: How Charles Darwin Helped Me Become a Blogger

The Origin of Oblinkin: How Charles Darwin Helped Me Become a Blogger 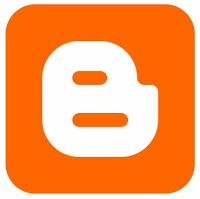 This is the first installment of what I hope will become a running series of posts on becoming a blogger.

I have a long history with the world-wide-web. From the early 90’s and Prodigy (you get a gold star if you remember Prodigy), to the mainstream appearance of e-mail and the internet when I was in college, to the modern days of Facebook, Netflix, Amazon, and Itunes, I have been a web junkie almost since day one. However, the web has almost always been a place that served my needs (e.g., news, shopping, research, e-mail, etc.), and rarely have I given anything back. Sure, I’ve posted in forums on a few occasions, but never regularly. I’ve posted a few reviews on Amazon, but that number probably totals <5. Blogging was always something of a mystery to me, and until just a few months ago, it was activity I would never have even considered. In early January, I want to a scientific conference to present some of my research, and I happened to see that Carl Zimmer, who writes The Loom for Discover Magazine, was going to give a presentation on science blogging. I had read a few of his books (Parasite Rex is a personal favorite), and I figured I’d stop in and see him talk. Well, I got sucked in to watching an entire half-day session on communicating science to the public, and something about it hooked me. In addition to Zimmer’s presentation on science blogging, I watched an incredible presentation by Kenneth Miller from Brown University about educating the public about evolution (he’s one of the leading spokesmen for evolution and has been on the Colbert Report twice in this capacity), and one night I was able to watch Sean Carroll (another famous biologist and author – he’s also on TV and radio regularly) give a talk on the life and times of three great scientists: Charles Darwin, Alfred Russell Wallace, and Henry Walter Bates. What struck me from all of these presentations was that putting yourself out there can reap great benefits, and that we all have a the ability to share knowledge with a broader audience if we see fit. Zimmer and Carroll’s talks in particular struck a chord with me. Zimmer talked about the freedom of blogging among other things, and showed some of his own work as a way of demonstrating his approach. Carroll really emphasized the value of telling stories. He talked about how the things we remember best are the things to which we can attach some sense of familiarity or emotion. I agreed with Carroll wholeheartedly, as it’s the approach I have long taken as a teacher.

After returning from the meeting, I began to think that maybe I could contribute something – I’m a scientist and teacher, and I already employ several of the tactics these famous biologists espoused in my own classes. I like to tell stories in class, and students really connect with you when you can do that, particularly if they are personal or unusual in nature (like how a cyclopic lamb can lead to a treatment for cancer). I don’t mind skipping lecture for a video or discussion if it’s pertinent to the class, or if it’s of particular interest to a given group of students. I give an annual lecture on Charles Darwin and evolution to about 500 students, and I’ve taken pains to make it as accessible as possible, and the feedback I have gotten has been very encouraging. So I began thinking about blogging – it seemed like a natural outgrowth from my teaching. If I can make 500 sleepy college students pay attention to a lecture about Charles Darwin, maybe I could do something worthwhile in a written format. The question that immediately arose was the following: What do I blog about???

Initially, I thought about starting a science blog. Science would be natural and easy, but I ruled that out because I spend all of my days teaching students science. I wanted to do something different. In addition to science/teaching, the two other major elements of my life are my family and running. I’m a dedicated father, and running has become a major part of my life. So my idea was to create a blog that would unite these two passions – I would write primarily about being a parent and runner – and here we are!

For me, taking the initial step to start this blog was a difficult one. It takes a bit of courage to put oneself out there for the whole world to see, and you have to be willing to sacrifice some degree of privacy. When I first started this blog about two months ago, I decided to use a nickname and remain anonymous. That nickname, Oblinkin, is just a funny word that my 3 year old daughter made up that has something (still unknown) to do with the movie Nim’s Island. However, after thinking about this for a few weeks, and reading other blogs that are out there, I began to feel that it’s easier to connect with a blogger if they use their real name. As a college professor, I pretty much live my life in front of an audience anyway – every semester I have somewhere between 30 and 90 students watching my every move for at least a few hours a day, so the loss of privacy that resulted by dropping my nickname was not as hard as I thought.

So Oblinkin remains in my URL (and this has since changed), but my real identity is no longer a secret. There is something liberating about this, and I think it has made the blogging experience that much more rewarding and enjoyable. It’s nice not to have to hide behind a made-up nickname, though remaining anonymous at first did help me to ease my transition into the blogosphere. If you’re thinking about starting a blog, and I would encourage anyone to try it, start with a nickname. Once you get comfortable, and I guarantee that you will, switch to using your real name – it really does make a difference.

So, I’m still relatively new to all of this – two months is a very short lifespan as far as blogs go – but I have the feeling I’m in it for the long haul. I’m having way too much fun blogging to stop. If nothing else, it has let my family get to know me in ways they might not otherwise have been able to, and it serves as a kind of digital diary that will be around for my kids long after I’m gone. I’ve already seen my focus change and grow in ways that I wouldn’t have anticipated at the outset, but that’s ok because a blog can really be anything you want it to be. My only goal is to try to be myself, and hopefully others will enjoy and maybe learn something from whatever ramblings I post here.

Update 5/13/2010: If you’re reading this now, you probably realize that this blog has changed a lot since I originally wrote this post. Blogging has become a passion for me, and I’ve loved every minute that I’ve spent writing it. I highly recommend that you give it a try!

You just finished reading The Origin of Oblinkin: How Charles Darwin Helped Me Become a Blogger! Consider leaving a comment!