The Rejuvenating Power of Illness 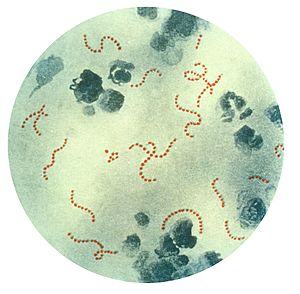 I have a confession to make, and it’s something that I don’t like to admit. Since finishing the Disney Marathon in early January, I haven’t been enjoying my running. There, I said it, and it’s true. The reasons for this are many – dead legs, cold weather, returning to work and associated time constraints are a few – but I think a bigger reason is simply that I haven’t been feeling the joy that I normally feel when out on the road. Sure, I’ve still been putting in the miles (over 20 per week on most weeks), but I think that might be part of the problem. I think what was happening was mostly that my body needed a break from running – it was beaten down from training for and running 3 marathons between October and January, and I really needed to step back and allow some time for rest and recovery.

Being the stubborn runner that I am (and, to be honest, that most of us are), the break that I needed probably would not have come of my own volition. Thankfully, Mother Nature has ways of stepping in from time to time and shutting you down whether you like it or not. My break came this week in the form of a microscopic organism called Streptococcus pyogenes, which causes the condition we commonly call strep throat.

I had gone for a run last Sunday, and it was probably one of my worst ever – I just wasn’t feeling it out there. I wasn’t sure why it went so badly, but I woke up on Monday feeling a little off, and by noon was definitely aware that I was in trouble. I stuck it out at work, taught my classes, and went to several meetings (all of which were big mistakes in retrospect), but when I got home the chills set in almost immediately. I’ll spare you the entire horror story, but the highlight was a full 12-16 hours with a fever above 104. That was cause for a string of delirium unlike any I’ve felt in a long time, and any attempt to walk made my body feel like it was composed of jello. Needless to say, I was couch ridden for almost 48 full hours, and I lost several pounds in the process. I’m on the mend now, but it has been 5 full days since my last run, and my strength and stamina are still trying to catch back up.

So what’s the point of telling you this? If I hadn’t gotten sick, I probably would have continued going on my uninspired runs, and who knows when things would have improved. However, a little bacterium stepped in and knocked me off my feet in a way that my own willpower couldn’t have, and the forced “rest” has made me want nothing more than to feel normal again and to be able to head back out for a nice, easy run. I certainly wouldn’t “recommend” this method, but by taking my ability to run away, Strep rekindled my desire, and I’m at a point today where I’m trying to force myself to wait a bit more in order to avoid pushing my return to the roads too quickly. I see this a lot with people who are injured – being sidelined only makes you want to be out there more. The nice thing about my situation is that Strep is only a week-long problem in most cases, and it doesn’t damage your legs, feet, etc., so once you’re recovered your ready to lace back up.  I’m not sure exactly when, but I can assure you that I’ll be doing just that, with a great deal of joy, in the very near future!

You just finished reading The Rejuvenating Power of Illness! Consider leaving a comment!