The Return of the New Balance MT101 Trail Shoe 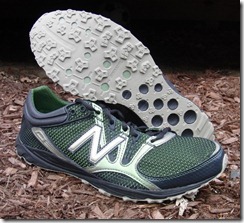 I’ve run in a lot of shoes over the past 5 years since starting this blog. Some were memorable, others not so much. And there are a few that rose above the rest and found a special place in my heart. The original Nike Free 3.0. The Brooks Launch. The original Saucony Kinvara and the Grid Type A5. On the trail side, the New Balance MT101 might be the biggest standout for me.

In my NB MT101 review from back in 2011 I wrote the following: “…this is quite possibly one of the most comfortable shoes that I own. In fact, if I had to choose the single shoe that comes closest to being a perfect fit for my foot, this would probably be among the top 3.” I still agree with all of that. The MT101 fit me perfectly, was lightweight, had a soft heel, and a firm forefoot – pretty much everything I look for in a shoe these days. If you took the New Balance 1400v2 and put a trail outsole on it, you’d not be far off from what the MT101 was (and the 1400v2 was one of my favorite shoes last year).

New Balance “updated” the MT101 in the form of the MT110, but the reality is that the 110 was a very different shoe. New last shape, firmer feel, just not the same shoe. And some portion of the MT110’s that were released were built up excessively under the lateral forefoot, leading to a slanted sole that my posterior tibial tendons did not like.

Apparently I’m not the only one who had a fondness for the MT101 as over the past few months I’ve been hearing hushed rumors that it might be returning in 2015. Last week Running Warehouse confirmed these rumors and revealed that the MT101 will indeed be returning next year. The RW blog featured an interview with New Balance project manager Brendan Murray in which they discussed the MT101 v2. 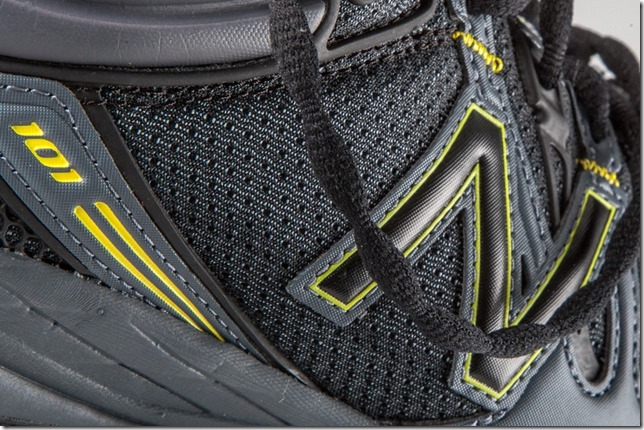 In the interview, Murray indicates that one of the major reasons for bringing back the MT101 are “The continuous requests I have been getting via email or even at trail events to bring back the 101. I have never experienced such a following for one particular model before.” Seems the MT101 may be the Brooks Launch of trail shoes.

It sounds like the MT101v2 will be on the same sole as the original (yes!), with the update mainly being a refresh to the upper. Fit should be the same as well (it’s not on the Minimus last like the MT110 was, but I found the fit generous). I’m hoping New Balance will keep the price point low as well – the MT101 was an affordable shoe and I’m hoping it’s successor will be equally accessible in that regard.

The New Balance MT101 v2 is to be released in 2015. For more information, read the full post on the new MT101 on the Running Warehouse blog.