The State of the Running Shoe Market: First Quarter 2012 Sales Analysis from Matt Powell of SportsOneSource, and March 2012 Data From Leisure Trends Group 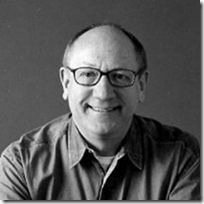 Matt Powell of SportsOneSource sent out his quarterly update on running shoe sales last week (add him on LinkedIn if you’d like to receive his report, or follow him on Twitter). I asked Matt if I could share his data on running sales and he kindly obliged. His report indicates that the lightweight running category (shoes under 10oz in weight) continues to cannibalize traditional running shoe market share. Minimalist remains small, though if you include the Nike Free it makes up 12% of the market. It’s worth noting that these numbers are from Sporting Goods, Athletic Footwear, and Running/Outdoor Specialty Retailers, so many of the shoes sold are likely not used for running.

“Running sales declined in the low singles in Q1 on the weak April.  While Lightweight Running (25% of all Running) grew about 20%, it was more than offset by losses in Stability (-25%) Motion Control (down mid singles) and Cushioning (down high singles). Lightweight Running doubled in the Family channel. Nike Lightweight grew in the mid singles and has 42% share.  Reebok (39% share) leaped more than 40%, but average selling price declined about -15%. Adidas Lightweight grew about 20% with Asics up in the high singles.

Sales of Minimalist/barefoot more than doubled on the quarter and reached 12% of all Running sales. However, Nike has a 65% share in Minimalist, all on the Free platform.  When we back Free out, Minimalist Running is about 4% of all Running shoes sold, about what it represented in 2011. Barefoot/Minimalist still appears at best to be niche business.

For comparative purposes, Leisure Trends Group, which publishes data on sales through Running Specialty channels, recently reported data for March 2012. Here is their report, which also shows continued growth in the minimalist category (up %119 from March 2011!) in Running Specialty:

The warmest March on record brought continued velocity for specialty running store sales. Compared to March 2011, sales gained 13% to total $90M. Average retail-selling prices slipped 4% to chip away at an 18% unit growth. Closing out the quarter, run specialty brought in $218M or 12% more dollars than the same Q1 last year.