The Subjectivity of Running Speed 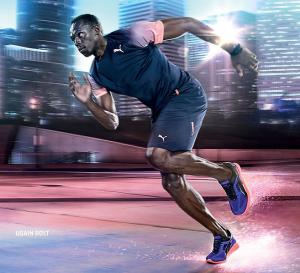 The 119th running of the prestigious Boston Marathon ended recently, and needless to say the field was full of very fast runners. A good friend of mine finished in 2:59:50, though if I put his amazing time in perspective, the winner of the men’s race, Lelisa Desisa of Ethiopia, broke the tape in 2:09:17. This is fifty minutes quicker.

As it turns out, another buddy of mine, who previously worked for Big Peach Running Company and is now employed by Saucony, also competed in the BAA 5K. He finished the 3.1 mile course in 14:51. To put his accomplishment into perspective, he finished in 15th place overall in a crowd of 8,892 runners. Wow is an understatement.

In contrast to these athletes, I recently completed a half marathon in 1:32:09 (which translates to a 7:02 mile pace). Though I’m happy with this finish time as it was a humid morning in Georgia, I believe it serves as an effective framework for pointing out how the word “fast” has great variation from runner to runner. Numerous people come into the store (Big Peach) for shoes and remark on how they are not fast or are not a runner.

Frankly, I’m asking myself more and more these days what fast truly means. I would say that my buddy who finished the BAA 5K in 14:51 is fast, along with my friend who completed the marathon below three hours; these guys might say that Ben True and Molly Huddle are wicked fast; we would all agree in unison that Usain Bolt is fast, perhaps the fastest man alive. Would Bolt nominate someone, or would he simply own that statement outright? I believe he can own it – for now at least. Is Bolt’s successor coming one day?

Fast should also be considered in the context of distance. Consider Usain Bolt again. As a sprinter in track races, he’s very hard to beat. How would he fare in a half marathon though, or a full marathon? Men like Meb Keflezighi, Lelisa Desisa, or Robert Kiprono Cheruiyot may have him beat on the 26.2 mile course.

Consider these words from John Bingham: “If you run, you are a runner. It doesn’t matter how fast or how far. It doesn’t matter if today is your first day or if you’ve been running for twenty years. There is no test to pass, no license to earn, no membership card to get. You just run.” Bingham summarizes the simple art of running so well: “You just run.”

Though I’m unlikely to ever beat Ben True, Molly Huddle, or my Boston buddies, I can continue to improve my own speed. Every runner can become faster, and the way to do this comes down to one word – practice. And more practice. Think mile repeats; tempo runs; fartlek workouts; 400 repeats; 800 repeats and more. Fast begets faster. Incorporate speed work every seven to ten days to improve form, foot turnover, and that trusty finishing kick for upcoming races.

Though most runs are usually (or should be) done at an easy pace, there’s nothing like the thrill of a race. A crowded field of other runners stir up the energy level to heighten the moment the horn or starting pistol is sounded. I suppose that in this moment of the ringing sound and pistol smoke filling the air, the immortal words of legendary stock car driver Ricky Bobby capture the feeling of every runner stepping forward in anticipation: “I wanna go fast!” Go fast then.

You just finished reading The Subjectivity of Running Speed! Consider leaving a comment!