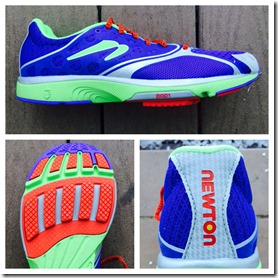 The past 8-9 days have pretty much been a runner’s dream for me. Near PR in the 5K, Meb wins Boston, vacation to Mt. Ascutney VT with the family (site of the VT 50K each Fall), and I ran my first long trail race (~15K) in several years yesterday.

Getting out on the trails reminded me how much fun off-road racing is, and the combo of doing the trail race plus the stay in Ascutney has me really seriously considering a trail 50K this Fall. I backed out of the VT50K last year due to a lack of sufficient training, but I’m in a better place now and might be ready for the challenge. We’ll see!

Newton Motion III Review: Five Lugs Are Better Than Four
April 23, 2014 – Great shoe, moving to a five lug design was a wise move for Newton. However, still tough to justify $175 for a shoe with so many good options out there.

A Tale of Two 5K’s: How a Change in Race Approach Led to a Near PR
April 21, 2014 – A personal post on my last two races and how I managed to shave 50 seconds off of my 5K time over the span of two weeks. Pretty sure it had more to do with my brain than my body.

2. Nick Jenkins wrote a great post titled “6 Things I Learned From My Last Ultramarathon.” Here is a list of 6 things I liked about Nick’s list: 1. the rather disturbing image of Harry Potter, 2. that he appreciates the value of good underwear, 3. that Nick is fueled by Snickers, 4. that he likes list posts, 5. that he uses the word/phrase “un-bonk,” and 6. that he enjoys cursing at himself in races. I liked Nick’s list post so much that I think I’m going to steal his idea and post a similar list based on my experience running a ~15K trail race yesterday.

3. Craig Payne wrote a nice post titled “The ‘Wet Footprint Test’ is a Furphy.” I liked the post because of the use of the word “Furphy” in the title, and I now know what that word means. You have to read it to find out for yourself (hint: we both hate the wet footprint test)!

4. Outdoor Kinetics reviews the Inov-8 Baregrip 200 v2. I’ve never really understood the purpose of a trail shoe with no midsole or protection (the Vivobarefoot Evo Trail was my one and only short-lived attempt at that), but I don’t run in fields or through mud very often (mostly roots and rocks for me when on a trail). Gone is the lime green colorway, and the upper looks to be more durable. Not a shoe I’d likely ever use myself, but a solid review.

5. A ton of Boston Marathon race reports came out last week after the race. I liked this one by Jason Fitzgerald of Strength Running since he discusses how a lot of things need to come together on race day to yield a top performance in a marathon. Jason struggled a bit in Boston, but still managed a 2:45. Impressive time given the challenges he encountered during the race!