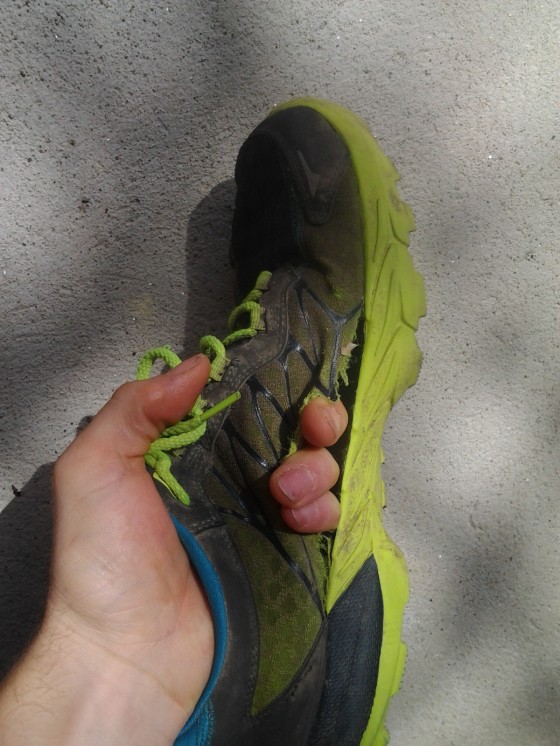 I spend a lot of time each week sifting through RSS feeds on Feedly, and I typically share a lot of posts on Twitter and Facebook. However, with Facebook seeming to be shaving away even more at the number of people who actually see fan/brand page updates, and Twitter kind of being hit or miss by nature, I thought I’d try something new and post a roundup of recommended posts here on the blog instead. If I can get my act in gear, might even make this a weekly thing!

Below are 5 posts from last week that are worth checking out:

1. Michael Robertson reviewed the recently released and highly publicized Brooks Transcend over at Once and Always a Runner. I’ve heard mixed reports on the Transcend (I’ve heard stiff and clunky more than a few times), but Michael recommends it for people as a “daily trainer for those who like some cushioning underfoot but don’t like squishy shoes.” Sounds like it slot somewhere between the Adrenaline and Ravenna in the Brooks stability lineup. Anybody else have thoughts on the Transcend?

2. Thomas Neuberger and his review crew tackled the Saucony Mirage 4. Much as I reported in my own review of the Mirage 4, Thomas and Stein both found the shoe to be overly firm and stiff for their liking. Jenny and Meaghan seemed to like the ride better. All agreed that it looks fantastic. Just need to soften that sole!

3. DC Rainmaker reviewed the Garmin Vivofit activity tracker. Given that my Fibit Ultra has gone missing (again), and the Fitbit Force has been recalled, I’ve been eyeing the Vivofit and might have to take the plunge after reading Ray’s review.

4. iRunFar posted a piece by Joe Uhan on variability in trail shoes (also provides some alternative lacing techniques to increase shoe stability). Loved this line: “…shoes are better, not simply because of technological advances, but by the concession by companies that they’re better off making a shoe that is excellent at a few specific elements, and leave it to the runners to decide which they like best. More specialization, less generalization.” Well said.

5. Fellow shoe geek Nick Jenkins wrote a great post on why randing is important for trail shoes. Don’t know what a rand is? Head over to Nearly Shoeless and find out!