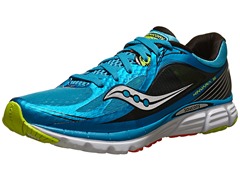 The big news this week for me was the return of the Saucony Kinvara. Version 4 was a big let down due to a poor fitting toebox, but version 5 has fixed that and then some. I ran 11 miles in them last weekend and wrote up a first impression review on Monday. I’ve since run twice more in them for a total of about 25 miles this week and I have to say that I’m more than a bit impressed. It feels like an old friend has come home!

I’ve really enjoyed putting these weekly roundups together over the past few months, and I’m always looking for new sources. If you have a running blog you’d like to share, leave your site URL in a comment and I’ll add it to my feed.

Runblogger Posts from the Past Week

Foot Strike Patterns in Barefoot and Minimalist Runners
May 6, 2014 – Summary of my recently published study comparing foot strike patterns in barefoot runners and runners wearing Vibram Fivefingers. Patterns were quite different between these two groups, and both were quite different from what we typically see in conventionally shod road runners.

1. I wasn’t the only one to comment on the Saucony Kinvara 5 this week. See also posts by Austin Bonds and Bill Weber. See also this older review by Thomas Neuberger. All agree that the forefoot fit has been much improved. I’m also loving the cushy sole. 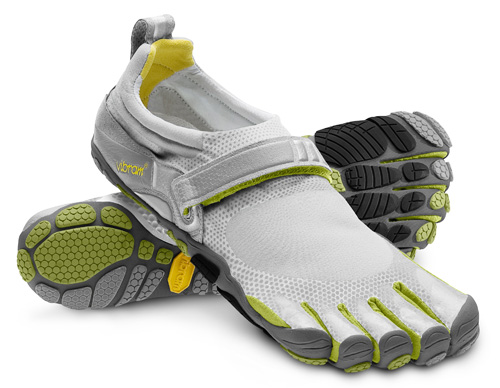 2. Lots of posts this week on the Vibram settlement over false advertising claims about their Fivefingers shoes. Also a lot of misunderstanding regarding what the case was actually about – it was not about safety of the shoes, it was about whether the advertising claims they made could be supported by evidence (they could not). I thought this post from Werner Business Law presented an interesting take on the case. They point out that:

“Although $3.75 million is a lot of money, the settlement could have been much worse. In 2011, Reebok agreed to pay $25 million and provide consumer refunds relating to health claims about its shoes in a settlement with the FTC. In 2012, Skechers settled with the FTC for $40 million. When compared with the Reebok and Skechers settlements, Vibram got a bargain. The settlement puts an end to the lawsuit, puts a cap on Vibram’s own legal expenses, and eliminates the risk of a much higher jury verdict.”

I may write something on the Vibram case this week.

3. Chris McClung of Rogue Running, a run specialty store in Austin, Texas, wrote an interesting post titled “The Myth of Overpronation.” I agree with a lot of what he wrote, disagree with some as well (e.g., I do think there are certain injuries than can benefit from an attempt to control pronation – posterior tibial tendon issues being one). Most importantly though, I appreciated that the owner of a run specialty store is willing to challenge the prevailing (and non-evidence based) paradigm. And he went so far as to put his money where his mouth is by offering customers who currently wear stability shoes the opportunity to try a neutral shoe with limited financial risk:

“So, humbly, we take a stand for change by declaring, “over-pronation is dead” and by issuing a challenge to you. For anyone currently running in the chains of a posted shoe (see list below), we challenge you to let us fit you in a new, neutral shoe without the so-called correction.

If you aren’t happier and injury free with the new pair after 30 days (even if you run them ragged), come in for a full refund or exchange with no questions asked. And, on top of that, if you aren’t happy, we will throw in a $25 gift card to spend on anything else in the store as our way of putting our money where my mouth is. Take the Rogue Shoe Challenge. We dare you to be happier on your feet!

This challenge will run through June 30 at both Rogue Running locations.”

I personally don’t have a problem with stability shoes – they work for a lot of people. But I do have a problem when people are told they “need” stability shoes because they “overpronate” and might get injured if they don’t wear said shoes. This creates fear, and unwarranted fear can prevent people from finding the best shoe for their body. McClung’s approach is an interesting way to allow people to experiment without risking the monetary cost of a shoe that might not be a good fit for them. 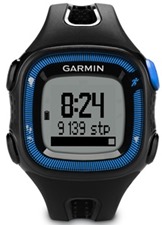 4. DC Rainmaker introduces the Garmin FR15. This watch is like a combo of the entry-level FR10 GPS watch and the VivoFit activity tracker. I was actually pretty impressed by the Garmin Forerunner 10 when I reviewed it last year, and this is an intriguing update. Any way to reduce the number of devices on my wrists is very much welcome!

7. A post from my wife on the Benefits of Walking to School, because A) she points out that she covers over 150 miles per year walking to and from school with my son, B) because she actually wrote a blog post, and C) because today is Mother’s Day and and this made me smile:

“…perhaps the greatest, most rewarding part of walking with Anders is the time we get to spend together. In a house with 5 people and 4 animals, quality one-on-one time is regrettably scarce. The 15 minutes it takes to get to (and from) school gives us a chance to talk about all kinds of things, from the profound to the mundane. We talk about what’s happening at school, concerns over family dynamics, when the next Wimpy Kid is coming out, crazy dreams and even how to tackle world peace! As Anders approaches adolescence, I am acutely aware of the big changes ahead. I know there may be a time in the not-so-distant future where I won’t be the person he turns to first about the issues concerning him. It is my hope that the foundation of communication we are establishing now will see us through the middle and high school years.”

Erin writes more eloquently than I, and is my go-to source for grammar advice (her Dad was an English teacher). Here’s hoping she continues to publish!

You just finished reading This Week in Runblogging 5/5 to 5/11 2014! Consider leaving a comment!