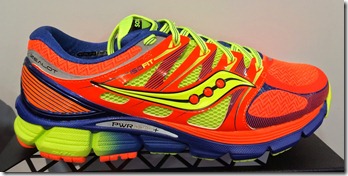 Yesterday I ran 17.25 miles, my longest run in over a year and it went quite well! I’m in the final stretch of training for the Vermont 50K in late September, and my goal is to get at least one 20 miler in before the race (maybe two if I can bear it, still don’t like running those long runs alone on the roads…). I really have no idea what the race will hold for me, and no real goal in terms of time. I’m feeling strong, but I’ve only run one 50K before and not sure how I’ll handle the distance or elevation change. Only one way to find out I guess!

After VT my only real goal for the Fall is to shoot for a 5K PR, hopefully in October or November. Last week I felt like my training over the past 4-5 months really started to pay off, so I’m hoping this will result in some strong performances in the coming months!

Recommended Running Posts From Around the Web

1. Thomas Neuberger has been posting daily updates of his experience running the 2014 Transrockies Run. Looks like a blast of an event! Start from the beginning here.

2. Can pickle juice really cure muscle cramps? Find out here in a post by John Davis on Level Renner. 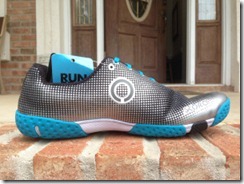 3. Three shoe reviews: Steve Speirs on the Hoka Clifton, Derek Oxley on the Hoka Huaka, and Gordon Harvey takes on the Skora Fit (pictured at left).

4. Steve Magness takes a look at the psychological effects of exercise deprivation. He discusses a study in which researchers made runners and triathletes take two weeks off and found that “Following the layoff, the athletes saw significant increases in feelings of tension, depression, anger, confusion and total mood disturbance. Additionally, there was a decrease in vigor. These changes in mood aren’t terribly surprising, but it’s pretty profound when you think about it. Just by taking someone outside of their norm of aerobic exercise for 2 short weeks, people’s mood states were significantly impacted.”

5. Joe Uhan on iRunFar discusses the “best running exercise that no one is doing.”

6. DC Rainmaker goes behind the scenes at Wahoo Fitness.

7. Mark Matthews discusses the 12 real causes of his running injuries.

8. Craig Payne of Run Research Junkie takes a balanced look at whether orthoses are effective at treating Achilles tendinopathy. I particularly like and agree with his emphasis that we need more studies that link biomechanical research with actual clinical outcomes – we need more and better clinical trials that assess effectiveness of interventions on specific running injuries. In the shoe world for example, do minimal shoes or those with max cushion actually benefit those with knee injuries? Biomechanical data and anecdotal accounts suggest the possibility, but a clinical trial would be very beneficial. Same goes for a lot of running form interventions.

You just finished reading This Week in Runblogging: August 11 to August 17 2014! Consider leaving a comment!