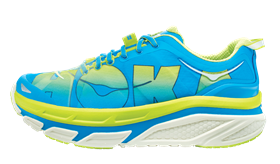 The summer Outdoor Retailer Show was held last week, and with it came a lot of announcements of new products for runners and other outdoor sports enthusiasts. I posted a few previews (new shoes from Hoka, Timex One GPS watch), and have more coming this week (lots more new shoes – stay tuned!).

I also ran 10 miles in the Hoka Clifton last week, and it’s been an interesting and thought provoking experience. You can expect a few posts on them in the coming weeks after I put some in some additional mileage.

Timex Introduces Ironman One GPS+ Smart Watch
August 7, 2014 – New smart watch that can access 3G cellular without needing a paired phone. But the prospect of a (currently unspecified) recurring charge for the service after year one is a concern.

How to Auto-Sync Strava With Garmin Connect
August 6, 2014 – Very cool integration, and simple to set up!

How Many Miles Do You Run at Running Camp?
August 4, 2014 – Hit my second-highest mileage week of the year! 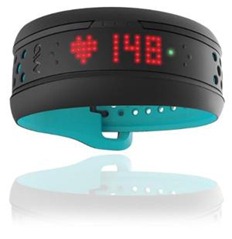 1. DC Rainmaker previewed a bunch of new fitness electronic devices. Included are several new devices from Timex (here and here), the Magellan Echo Fit (basically the Echo plus an activity tracker), and the Mio Fuse and Mio Velo. I recently reviewed the Mio Link wrist-based heart rate monitor and like it a lot, and the Fuse (pictured at left) adds in a visual display and activity tracker to the Link. I’m very interested in trying out the Fuse!

2. Steve Speirs reviews the Ultimate Direction SJ Ultra vest. Overall he liked it a lot, but had some problems with the plastic bottles bruising his chest.

3. Adam Kelly writes about his experience attending a Healthy Running Course organized by my friends Mark Cucuzzella, Jay Dicharry, and Ian Adamson. I’m hoping to attend one of these at some point. 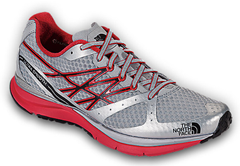 5. I like reading stories about runners who overcome chronic injuries. Here’s a good one on Blisters, Cramps & Heaves about overcoming plantar fasciitis.

6. Running for five minute a day can reduce your risk of dying prematurely – via the New York Times.

You just finished reading This Week in Runblogging: August 4 to August 10 2014! Consider leaving a comment!