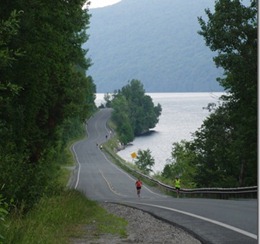 I’m going to keep this one short and sweet. I spent the last week coaching at a Masters Running Camp up in Craftsbury, VT. The schedule was incredibly hectic, with little down time, so I was only able to get two posts up. I also wasn’t able to filter much through my RSS feeds to look for recommended content. Came home on Friday to see my son perform in a Fiddler on the Roof Jr. production, now heading back up to Craftsbury for week two. I suspect I’ll be crashing hard next weekend!

I have no idea of my exact mileage for the week in Craftsbury, but I ran most of it in the Salomon Sense Ultra 3, Newton Kismet, Asics Gel Electro33, and a bit in the Merrell AllOut Rush. Reviews of all of the above are coming – may take on the Merrell first since I like it more as a hiking shoe than as a running shoe and it’s been in my queue for quite awhile.

1. Blogging during summer is tough. Travel and activity schedules are crazy, traffic is down (which can be stressful for a full-time blogger), people are outside and not sitting in front of their computers. Mark Matthews captures this nicely in a post titled “The Blog Days of Summer”. Sometimes I feel that taking the month of July completely off from writing would be a good idea! 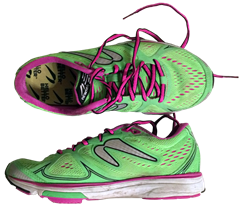 2. Believe in the Run reviews the new Newton Fate. I should have a review of the Kismet soon, possibly next week, and just received a pair of the Fate in the mail. Great looking shoe!

3. Running Warehouse shares some thoughts on the Saucony Ride 7. I’ve been hearing a lot of good things about this shoe, and a guest review by Tyler Matthews should be coming soon.

4. Running Write reviews the adidas Adios Boost 2. This is another shoe that I just recently started running in, and a review should be forthcoming.

You just finished reading This Week in Runblogging: July 21 to July 27 2014! Consider leaving a comment!