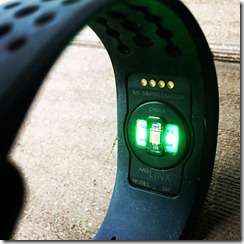 Last week was my second and final week of coaching at the summer running camps in Craftsbury, VT. I had a great time and got a ton of running in (hope to get a post up on that aspect of the camps this week), but I’m happy to be home. This summer, like most in recent years, has been chaotic – I’ve been away from home for more than half of the summer so far, and I’m badly in need of some regularity in both life and blogging.

Last week I posted only once, and it was a review of the Mio Link wrist-mounted heart rate monitor. The reviews of this device have been mixed due to inconsistency with signal stability, but I think this is largely due to variation in forearm anatomy, device positioning, and arm swing patterns. It worked great for me, and I’m tempted to buy one for myself for future use (it was a loaner unit for the review; I might get a Scosche Rhythm+ instead so I can review it, anyone have experience with this one?). 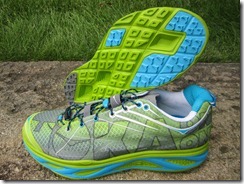 1. Nate Sanel reviews the Hoka Huaka. Nate says: “…there is a certain type of shoe that I gravitate towards. A flexible, light weight, low drop and well cushioned shoe is what I love to run in. The Hoka Huaka fits that bill to a T.”

2. Derek Oxley reviews the Hoka Clifton. Like the Huaka, the Clifton is one of the new “minimal” Hokas (is that possible???). He says: “The Clifton lives up to the reviews. Light weight, cushioned, responsive ride. Unless another shoe comes along before October I’ll be rocking The Clifton for my fall marathon…” I just got a pair of the Cliftons last week (they were waiting for me on my desk chair when I got back from VT) – looking forward to taking them for a spin this week, and I will be hosting a giveaway for a pair as well. Stay tuned!

3. Travis Liles reviews the La Sportiva Bushido on iRunFar. Been hearing good things about this shoe from trail runners, and Liles was impressed: “…La Sportiva did an excellent job with the Bushido. This is a shoe that falls in between a lightweight and a midweight shoe which we don’t see a lot of. It has a highly aggressive, highly grippy outsole, a sock-like fit that really locks your foot in…”

4. Things I never need to think about while running in New England: goatheads, fire ants, and rattlesnakes (via TheXntrikTQ).

5. Athletes from my home state of New Hampshire have been doing well this summer in endurance events. Larisa Dannis finished second at Western States in early July, and just last week Amber Ferreira won Ironman Lake Placid. This race recap by her husband Danny is excellent.

You just finished reading This Week in Runblogging: July 28 to August 3 2014! Consider leaving a comment!