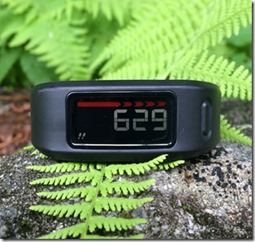 I’ve been playing with a lot of fitness electronic devices over the past few months, and used the blog last week to knock out a few reviews of products in this niche that I have really enjoyed using.

The Garmin Vivofit is a great choice if you’re in the market for an activity tracker, with the battery life being a huge plus. It’s been a major upgrade over my old Fitbit.

The Garmin Forerunner 15 essentially takes the Vivofit and stuffs its major features into an entry-level GPS watch – great watch if you want solid tracking and don’t need lots of fancy extras.

This coming week I’ll have a couple of guest posts (one on running during pregnancy, and a guest review of the Skechers GoMeb Speed 2), and I’m hoping to publish my own reviews of the New Balance Fresh Foam 980 and maybe the Mio Link. Then off to Crafstbury, VT for two weeks of coaching at the running camps. Not sure how much blogging I will do, but hope to get in at least a post or two per week while I’m gone.

Busted: Never Steal Skechers From Your Mom
July 8, 2014 – I stole my mom’s shoes, she caught me on Facebook. Embarrassing.

Garmin Vivofit Activity Tracker Review: A Runner’s Perspective
July 7, 2014 – Review of the activity tracker that has been on my wrist since March (and the battery is still going strong!)

1. My first rec is actually not a running post, but I wanted to include it here because it touches on something I’ve struggled with since becoming a full-time blogger – how to set boundaries between work and non-work life. The post, by Michael Hyatt, is titled “3 Reasons to Keep Your Laptop Closed this Weekend,”  and here’s an excerpt: “If you’re driven like I am, you have more projects than time. It’s easy to think of downtime as simply another opportunity to get more things done. But downtime is crucial, and there’s more evidence every day that it’s essential to our productivity and wellbeing…It’s easy to disregard playing as trivial, especially when there are so many “serious” things we need to do: problems to solve, deadlines to meet, tasks to finish. But play actually help us with all these things. It’s rejuvenating and stimulates our creativity.”

I had an awesome day yesterday largely because I never sat down at my computer as I often do on weekends. Started the day with an early morning long run, did house-stuff with my wife for a few hours, had lunch and visited my local running store with Altra co-founder Golden Harper (I guess this could be considered work, but it was fun!), did more house-stuff with my wife, ordered out dinner, then watched a movie with my kids. I was beat by the end of it all, but it was a fun and fulfilling day. I need to remind myself to unplug more often and focus on setting boundaries between work and play – building a more defined work schedule is tops on my list of things to tackle in the coming months.

2. Fantastic post by Sarah Crouch on Runner’s Connect titled “4 Lessons We Can Learn from Runner’s on Performance Enhancing Drugs.” She talks about more than just PEDs in the post, and her perspective is really encouraging, particularly as it relates to aging runners (something important to me as I’m about to hit the big 4-0 in a few months).

3. As someone who started running later in life, I love reading stories about how people became runners. I received an email from Derek Oxley last week referring me to a post about how he became a runner, and really enjoyed reading his story. Check it out and wish him luck on his journey toward a BQ! 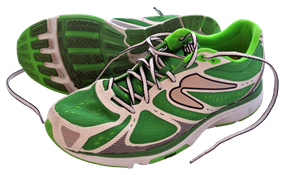 4. Some reviews of note – Thomas Neuberger reviews the Newton Kismet. I have about 35 miles on my pair and should have my own review up soon. DC Rainmaker takes an early look at the Suunto Ambit 3 which is going to be released this Fall. The Ambit 3 adds in an activity tracker, which I wish would happen to the Garmin 620.

5. Fun post on being an injured runner and coming back to the sport (via Two Little Runners).

6. Brian Metzler with another post on why you should consider a rotation of multiple running shoes.

7. SF Road Warrior on “The Art of Quitting” as it relates to running.

8. Craig Payne takes a look at a study comparing On Running shoes to barefoot and traditional shoes, and looks at how a forward lean at the hips my reduce loads at the knees. I also enjoyed a post he wrote on the topic of joint moment asymmetry and how it might relate to injury risk.

You just finished reading This Week in Runblogging: July 7 to July 13 2014–Lots of Garmin!! Consider leaving a comment!