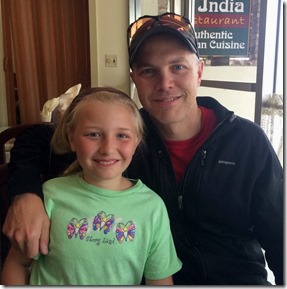 I want to take a moment here to thank everyone who commented on or shared the post I wrote about my daughter’s race last week. I spend a lot of time writing about shoes, gear, etc., but every once in awhile I feel compelled to write a post that is both personal and from the heart. That post was one of those rare ones where I sat at my computer and the words just flowed.

The response was overwhelming both in terms of the heartfelt comments left on the post, and the number of times the post was shared on Facebook, Twitter, etc. It means a lot to me (and Emma) that you care, and and for that we both thank you!

Nike Zoom Terra Kiger Trail Shoe Review
June 12, 2014 – Guest review from David Henry. He’s not afraid to perform surgery on a shoe to make it work the way he wants!

Kid Cross Country: What My 8 Year Old Daughter Taught Me About Running and Competing
June 10, 2014 – This is the post I mentioned in the intro, and it’s about the little girl in the photo above. Emma showed incredible heart this week.

Coaching Beginning Runners is One of the Most Rewarding Jobs I Have Ever Had
June 9, 2014 – Some reflections on my second year of coaching a beginner 5K group. 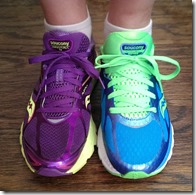 1. Angela at SF Road Runner has a really nice comparison review of the Saucony Kinvara 4 vs. Kinvara 5. She finds the ride to be very similar, with the main differences being the plush ankle collar and a slightly wider forefoot. She also has some interesting observations on fit variation in the Kinvara 4.

2. Nice post on Runner’s Connect about VO2max. They cover what VO2max is, and what it means to you as a runner. As an aside, I have had mine tested in a lab, and the number reported by my Garmin 620 is spot on the results from that test. Curious if anyone else has been able to compare?

3. Interesting post from DC Rainmaker on how Garmin is restricting access to Garmin Connect data by 3rd party apps: “So instead of having an open access policy, they would be charging the apps $5,000 to ‘play’, along with signing of a legal agreement.  For most smaller apps, this would basically amount to killing the app.” Unfortunate.

4. From my friends in the Running Shoe Geeks group on Facebook, a video showing that Mo Farah can be beaten by a guy running in one shoe.

5. Great post by Heather Gannoe titled “The Reality of the Back of the Pack.“