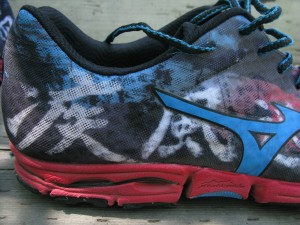 My post last week referencing an article in Lower Extremity Review titled the “The Rise and Fall of Minimalist Running” generated quite a bit of commentary. The article took a fairly well-balanced look at what we have learned as a result of the minimalist movement, and it makes for an interesting read. One of the big takeaways for me is that science often lags behind trends, and by the time we start to see good science addressing the pros and cons of a given trend it may have already passed. It’ll be interesting over the next few years to see studies addressing the effects of maximally cushioned shoes on the body as that is the current hot trend in running shoes.

Treating Plantar Fasciitis With Foot Strengthening vs. Stretching: Different Takes on the Same Study
September 25, 2014 – Commentary on a study comparing stretching vs. strengthening protocols for the treatment of plantar fasciitis.

The Rise and Fall of Minimalist Running: Recommended Article in Lower Extremity Review
September 23, 2014 – Lots of reader comments on the article discussed in the intro to this post.

1. Interesting article from the Wall Street Journal on using gait analysis to help in the treatment of running injuries. Though at times a bit simplistic and speculative (e.g., the infographic describing causes of various injuries), it provides a decent overview of the potential value of gait analysis. As someone who has done this in a clinical setting, I would also agree with this comment from Stanford physician James Fries: “…it’s too early for gait analysis to be deemed a panacea. The practice has been going on for more than a decade but has only become popular in recent years. “They don’t have the 30-year studies of outcomes,” he says.” I view gait analysis as a tool to be used in combination with other treatment approaches, not necessarily a guaranteed way to determine the root cause of an injury. There is value in taking look at how a runner runs, and sometimes it reveals something important.

2. A post on “Will Run For Ice Cream” on feeling guilty about missed runs. She writes “Enough is enough is enough is enough – what am I ranting about? Guilt over ‘failed’ runs, missed runs, or just running in general. No one is holding a gun to my head and saying – run or else?!? My life, my career, nothing in my life depends or hinges upon my running. For pete’s sake, it used to be for FUN!”

3. DC Rainmaker reviews the Polar M400 combined GPS and activity tracker. He concludes: “Overall I’m really impressed with the M400.  Polar seems to have finally found an appropriate price for its products (some might even say they priced it a bit low actually).  The unit is a near perfect blend of activity tracker with GPS running watch, as well as daily wrist watch.”

You just finished reading This Week in Runblogging: September 22 to 28 2014! Consider leaving a comment!