Top 3 Most Disappointing Running Shoes of 2012

As the year comes to a close, it’s time once again for me to reflect back on the multitude of shoes that I’ve run in over the past 12 months. There are plenty of standouts (I’m going to break my “best of” lists into three categories this year, may have one ready later today), but also several shoes that underwhelmed despite a great deal of anticipation.

Every time I write something critical about a shoe there are people who get a bit offended – that’s OK, but remember this is my personal list and not an attempt to tell you that your favorite shoe is lousy! One of the things I love about runners is that they are passionate about what they put on their feet, so I apologize in advance if I hit a nerve

Here we go, my top 3 most disappointing running shoes of 2012, in descending order:

This one won’t come as a surprise to anyone who reads this blog regularly. I was a huge fan of the NB MT101. It was a great shoe – simple, perfect fit, just the right amount of softness and protection, and worked well both on roads and trails. I was very much looking forward the the release of the MT101’s sequel, the MT110. A lower-profile MT101-like shoe on an even roomier last sounded like heaven! However, I ran into trouble almost immediately with the MT110s. Upon putting them on I could feel a very pronounced buildup under the later midfoot and forefoot, and the shoes forced my feet to roll inward just standing in them. After several trail runs in the MT110’s, including a 10 miler on a rail trail near my workplace, I developed a case of posterior tibial tendinitis. From a biomechanical standpoint, post tib tendinitis could very well be linked to excessive eversion such as that caused by the slanted sole of this shoe since the tibialis posterior muscle is responsible for resisting eversion of the foot. I’d never had this problem in any other shoe, and haven’t had it again since shelving them.

On a positive note, New Balance is releasing a minor update to the MT110 that apparently shaves the lateral lugs down a bit to help correct this sole slant (seems I’m not the only one who had a problem with the sole geometry). With that fix, this could easily have been in my top 3 trail shoes of 2012 – here’s hoping they get it right! 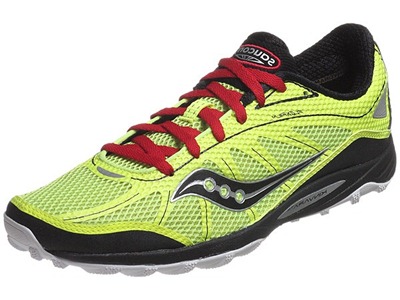 I’ve never hidden my love for the Saucony Kinvara here on Runblogger. It’s one of my all time favorite shoes, and it has carried me through several of my most memorable races. Given this, I was really excited when I heard they would be making a trail version of the shoe. Unfortunately, my excitement turned to disappointment the moment I put them on my feet. Quite simply, this was not the Kinvara fit that I had come to love. Too loose in the midfoot, too tight in the forefoot, I made it through one run and put them on Ebay (I had purchased them myself – I never sell media samples, those go to friends or Soles for Souls). The Kinvara TR has a lot of potential – I liked the sole construction, they look great, and they tick most of my preferred spec check boxes (light, low drop, etc.), but unless the fit is dialed in I find it hard to call this shoe a Kinvara. 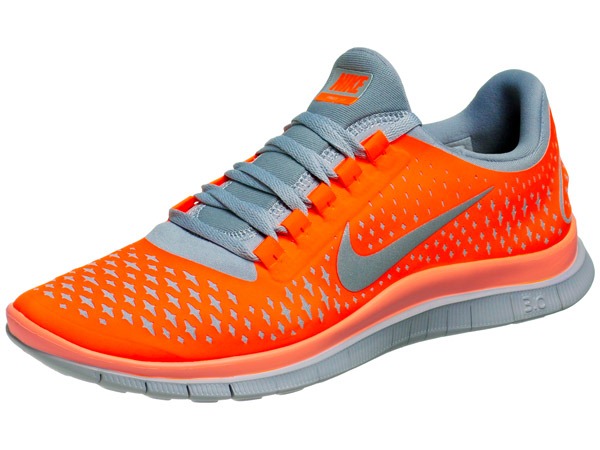 I loved the original Nike Free 3.0. It was my first minimalist spectrum shoe, and led me down the path to less and less shoe. It had a wonderfully simple upper (though a tad narrow in fit), flexible sole, super light, etc. Unfortunately Nike seems to have degraded the Free 3.0 with each subsequent iteration. Several outsole pods on the v2 fell off my shoe after only a few runs, and I passed on v3. The v4 was the first substantial update to the Free 3.0, and I ordered a pair the moment they came out.

Unfortunately, the v4 is one of the worst shoes I’ve run in this year (read my more detailed thoughts on the Nike Free 3.0 v4 here). Fit is way off, and the upper feels like it’s made of vinyl – the Free 3.0 v4 one of the least breathable shoes I have ever run in. Nike seems more interested in catering to fashion rather than function with the Free shoes these days, and it’s a shame since this was such a ground-breaking line of footwear. Like the Kinvara TR, these went on Ebay after only a few runs (and sold for almost the purchase price, probably not to a runner).

There you have it, my 3 most disappointing running shoes of 2012!

Do you have any dud shoes you’d like to share? Feel free to do so in the comments!