I just received an email from City Sports announcing that Topo Athletic’s new line of split toe shoes are now in-stock. Topo is the company that was formed by Tony Post after he left Vibram, and the line consists of three different models: one for running, one for racing, and one for the gym: 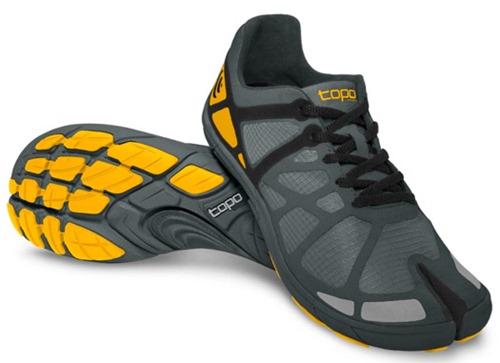 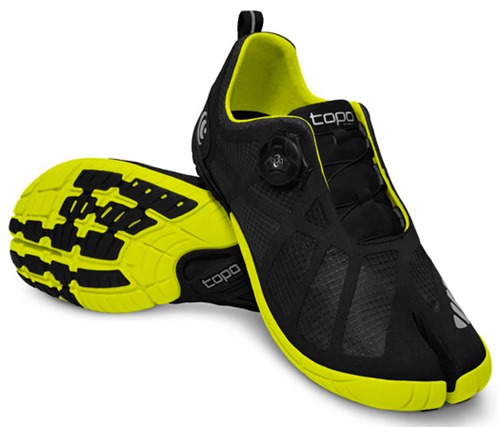 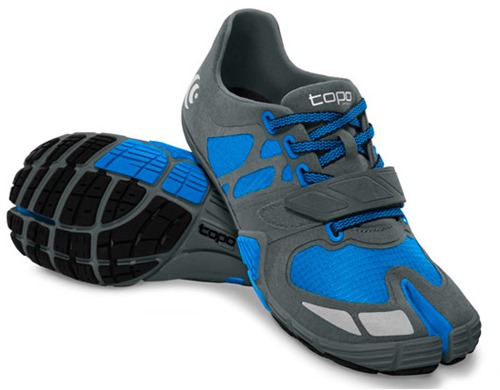 I wrote an article a few months back pointing out that the split-toe design has been used many times before, and I’m still not sure that I’m crazy about the split-toe aesthetic (Fivefingers were weird enough to be cool, not sure if these shoes have that going for them). I personally am not a big fan of BOA lacing systems, particularly given the added cost when a shoe incorporates BOA, so I’d pass on the Topo RR shoe. If I could get over the split-toe, the RT looks like a decent shoe. It’ll be interesting to see how they sell.

How about you, do you see success in the future for Topo shoes, or has the toe-pocket design run its course?

If you’ve already tried one of these shoes, leave a comment and let us know what you think!

Finally, if you’re itching to get a pair, it looks like City Sports has first rights to sell Topo.