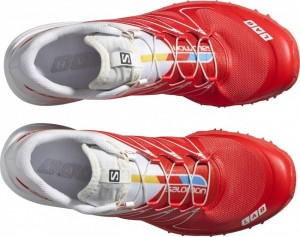 Last weekend was the Labor Day Holiday weekend here in the US so I did not do a weekly roundup. As such, we’ll be covering two weeks worth of posts here.

Runblogger Posts From the Past Two Weeks

5 Observations On Running in Hokas From a More Minimal-Leaning Runner
September 2, 2014 – Some thoughts on my first experience running in Hoka shoes. Lots of comments and discussion on this one!

What Moves You?: A Film For Runners by Runners
August 28, 2014 – Kickstarter film project, looks like a good one.

Salomon S-Lab Sense 3 Ultra Trail Shoe Review
August 26, 2014- One of my favorite shoes of the year so far!

Recommended Posts from Around the Web

1. A nice post on running and renewal on iRunFar.

2. Coverage of the International Calgary Running Symposium from Blaise Dubois and Craig Payne.

3. Assorted shoe reviews: Sam Winebaum on the Altra Paradigm, a not so positive review of the New Balance MT110v2 on iRunFar, Jason Fitzgerald takes on the New Balance 980 Trail, and the always entertaining Nick Jenkins reviews the Salomon Sense 3 Soft Ground.

4. Interesting post by Craig Payne addressing “How many runners who think they don’t heel strike actually do?” Answer? Most tend to get it wrong. Craig also has an interesting post examining research on the practice of prescribing running shoes based on arch height.

5. Couple of posts on new gadgets. First, Brian Metzler writes about the Gazelle, which is a device that can track gait data in real time. Second, DC Rainmaker covers the soon to arrive Garmin Vivosmart activity tracker. The Vivosmart is an evolution of the Vivofit which I reviewed a few months ago. The Vivosmart adds in a touch display, smartphone notifications, music control, and several other functions.