Home / Blog Posts / What I Did With My Summer Vacation Part 1: Craftsbury Running Camps

What I Did With My Summer Vacation Part 1: Craftsbury Running Camps 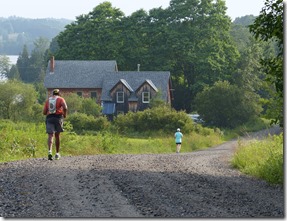 For the past 10 years I was a professor at a small college. Normally come late August my stress level is through the roof as I prepare for the coming school year, but having resigned from my faculty position in May, this summer has been a bit different.

Going into Labor Day weekend I’m feeling a sense of calm, and I’m more reassured than ever that setting off on a new path was the right choice. Instead of having to teach on Labor Day (we never got it off), I’ll be coming back from a 4 day camping trip with my family. Being able to do things like this more regularly was one of the major driving forces behind making the decision to let go of the old job.

I left school in May not really sure how things would shake out going forward. I had a bunch of options that I wanted to pursue, this blog being a major one. I did realize quickly though that having some work outlets outside of the house was going to be beneficial to my mental health. I love working at home, but sometimes I go a little stir-crazy if I don’t get out of the house for a bit to interact with other people. I also found that it was at times difficult to explain to my kids, who were home on summer vacation, that Dad was working and shouldn’t be interrupted.

Fortunately I’ve been able to make some solid headway in cobbling together a new career around running, and I thought I’d share a few of the things that I’ve done. In this post I’ll cover my time as a coach at the Craftsbury, VT running camps.

Last winter I received an email from an Olympian. I can assure you that this isn’t an everyday occurrence for me! Lynn Jennings competed in the Olympic Games three times, and won a bronze medal in the 10,000 meters in Barcelona. She is now the director of the running camps in Craftsbury, VT, and was wondering if I might be interested in giving some lectures on exercise physiology at the three adult camps this summer.

I love teaching, and this seemed like a great opportunity to combine what I loved about my old job with my new career path. We worked things out so that I was a staff coach for Marathon Week, and then I returned as a guest speaker for Masters Week and Open Running Week. I spent a good chunk of July up in Northern Vermont, and it was a phenomenal experience. It might have been the most enjoyable job I’ve ever had!

If you’re not familiar with the Craftsbury Outdoor Center running camps, they’re basically a place for adults (or kids – they have high school camps as well) to go for a week to run, play, learn, eat incredibly good food, and have wine/beer and cheese parties instead of arts an crafts. It’s like heaven for a runner! 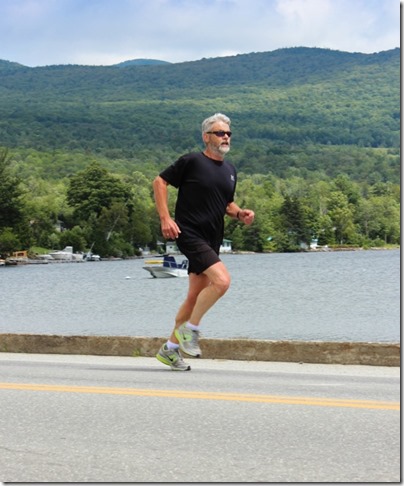 Not a bad place for a run!

In addition to hosting camps (sculling and cross-country skiing in addition to running), Craftsbury is a training center for world class skiers and scullers. Being in the presence of such high-level athletes each day gives the place a special feel, and it’s a great place to provide a spark to help you take your training to the next level.

My role at the running camps this summer was to start off each week with a lecture on training physiology that would set the foundation for learning about various training approaches and why they are beneficial to a well-rounded running program. I lectured on metabolic pathways, VO2max, lactate threshold, running economy and things like that. I also gave presentations on running shoes an running form, which were from what I understand new additions to the camp program.

On the second day of camp the athletes went to the track for a workout, during which I filmed them from the side, front, and back with my high-speed camera. Then, later in the day we did a group gait analysis – it was super-insightful to do it in this fashion since we were really able to see how variable people are and we all learned from one another. 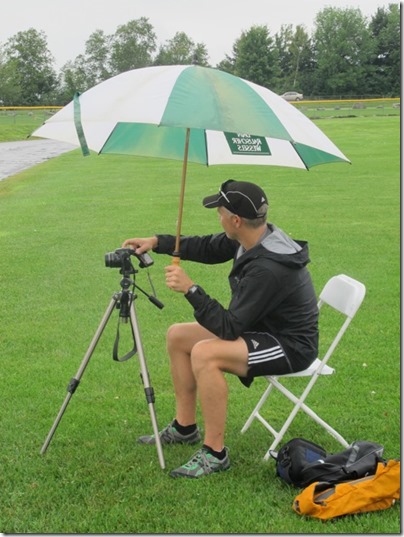 Me Filming at the Track

My duties for the week were frontloaded, so after the first two days I was more-or-less off and able to enjoy the program with the other campers as the other coaches stepped in to share their knowledge. We did workshops on hill running, strides and drills, training plan development, race strategies, track workouts, tempos runs, and more (even a yoga class and a 5K trail race held on-property!). It was very comprehensive, and the other coaches were incredible. For the week that I coached I was joined by Lynn, Laurie Greenberg (a top New England ultrarunner), and Maria Stuber (an elite cross-country skier). In subsequent weeks I also got to work with Jess Cover and Greg Wenneborg. 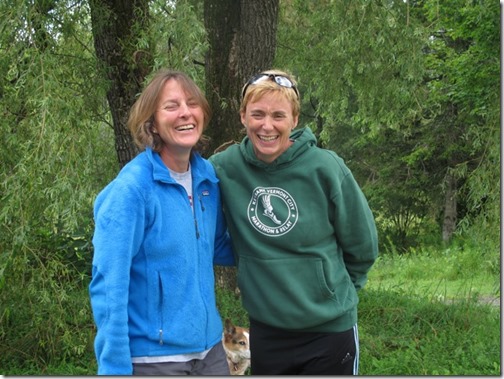 Each day involved multiple workouts, multiple instruction sessions, and incredible food. Craftsbury’s mission includes sustainability and affordability, so the camp is actually very reasonably priced for a week (just over $1000 with housing and all food included) and the food is almost entirely from local sources. Plenty of options for both vegetarians and meat eaters alike, and way better than most restaurants in my opinion. Twice during the week we had a wine/beer and cheese party – we were totally spoiled! 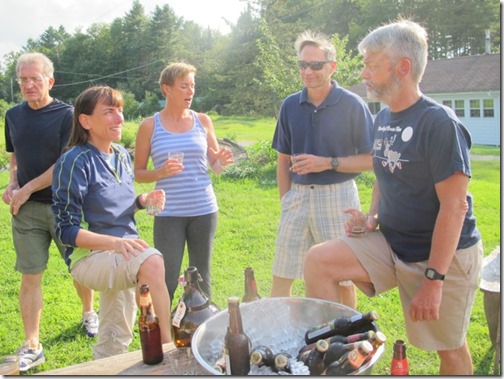 Wine and Cheese Party – I Spy a Hillstead Farms Growler!

The things I loved most about Crafstbury included:

1. The Location – Craftsbury is remote! It’s way up north in Vermont, so far that I got a text message from Canada on my way up (Canada is very friendly!). There’s no cell service, so it’s a place where you can really cut loose from the everyday grind. It’s also incredibly beautiful – rolling hills, farms, lakes, rivers, etc. The hills mean that workouts are tough – bring strong legs! 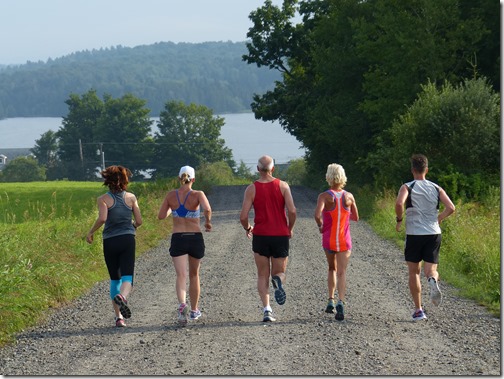 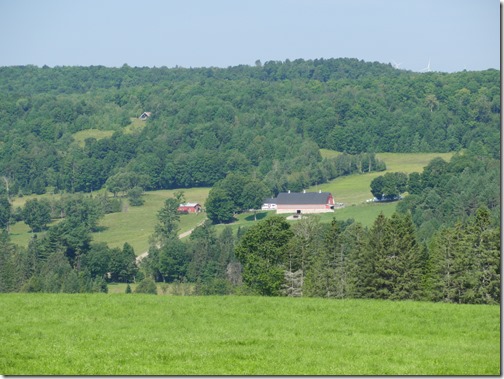 2. The Low-Key Atmosphere – for campers and coaches alike the schedule is jam-packed, but campers can opt in or out of any of the planned events and activities. Runs can be shortened or lengthened to meet the needs of each camper (coaches drove vans and could pick-up or drop off runners along the way). There is no pressure to do everything. It’s also not fancy – housing is dormitory style with no air conditioning, but by the end of the day you are so dead-tired it doesn’t matter. I came to love my little room. Campers often hang out for a beer at the end of the day or just chat in the living area. It was fantastic to get away from the distractions and bustle of home for a bit.

Cedar Lodge – My Home for Half of July 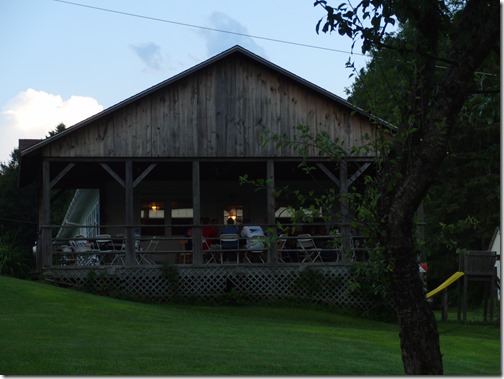 3. The Camaraderie – by the end of each week the groups become very close. We all work hard together every day and strong bonds are developed through the process. For example, Wednesday is Endurathon Day and it lives up to its name. Ten miles over hilly roads on a bike, 3-4 mile climb up and down a mountain, 5-6 mile run to Lake Willoughby, then another 10 miles on the bike back home. It was one of the toughest workouts I’ve ever done, but it was an incredible bonding experience to get through it together. Many of the campers return every year and part of the reason is that it’s a chance to spend time with others who have become good friends over the years. 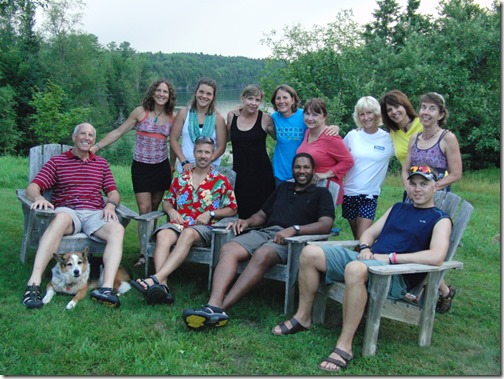 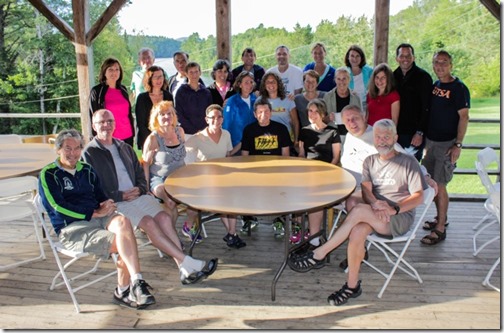 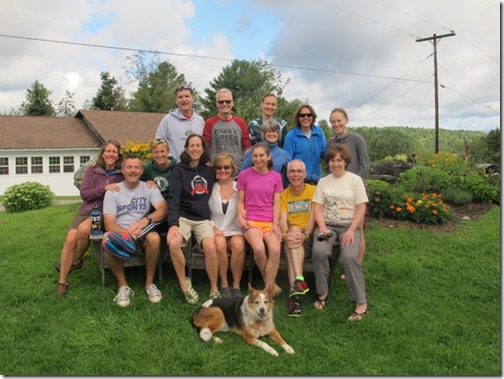 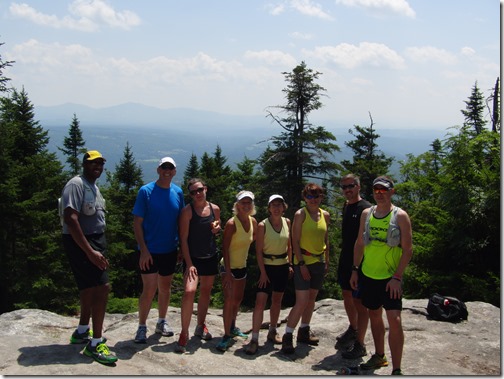 On top of Mt. Pisgah 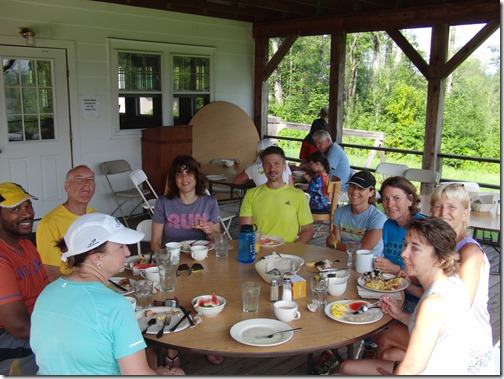 On The Dining Hall Porch

4. The Water – one of the things I came to appreciate most about Crafstbury was that almost every hard workout ends with an opportunity to jump in some water body. Whether it’s Big Hosmer Lake (the camp is on Hosmer), the Black River, or Lake Willoughby, natural water bodies are everywhere. Jumps in the water often replaced showers – since we did multiple workouts per day, showering would have been impractical after each (and you need to bring a lot of running clothes!). 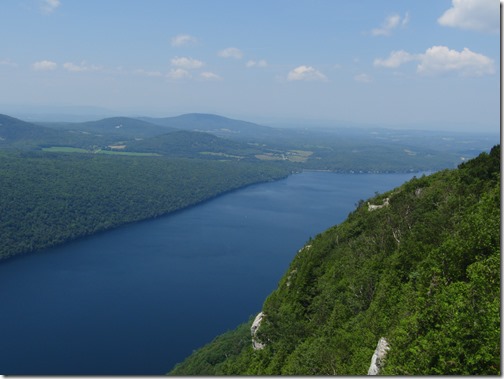 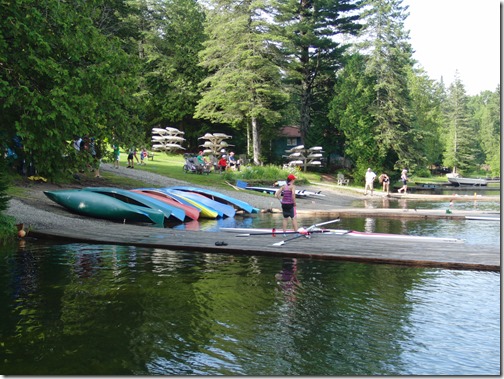 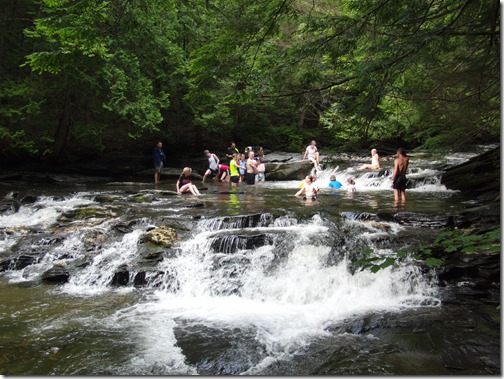 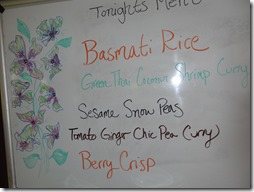 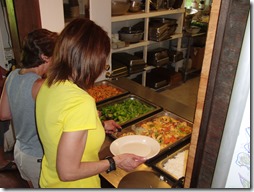 There’s so much more I could say about how awesome the place is, but I’ll leave it at that for now. I honestly felt guilty that this was a job for me – it was more like a vacation, and I had an absolute blast. I’ve been invited to return to coach again next year, and I’ll definitely be there for at least one full week camp and perhaps as a guest speaker again at the others (I don’t have the schedule yet). If this sounds like something you’d enjoy, feel free to ask any questions you might have in the comments or shoot me an email, and I hope to see you next year!

For more information about the running camps, check out the Craftsbury Outdoor Center website.

You just finished reading What I Did With My Summer Vacation Part 1: Craftsbury Running Camps! Consider leaving a comment!