Home / Blog Posts / What Motivates Me: Story of a Student

What Motivates Me: Story of a Student 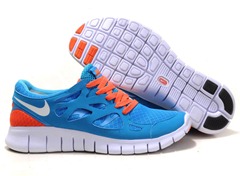 I gave the first lecture of the semester in my Exercise Physiology class yesterday. As I always do, I started the course by talking about why human beings should be active, and how our relative inactivity in modern society can be linked to a host of health problems. I discussed our evolutionary history, and talked a bit about the human-as-distance-runner hypothesis put forth by scientists like Daniel Lieberman, Dennis Bramble, and David Carrier. As part of this discussion I brought up the structure of the human leg, and discussed how adding weight distally, particularly at the foot, increases the energetic cost of moving the leg while running. I showed a picture of a 12oz training shoe vs. a 4oz flat to emphasize the point.

At the end of the class a student came up to me with a question. She indicated that she joined the Boston Marathon training group at the College. Every year a group of 30+ students trains together to run the Boston Marathon as bandits. It’s a tradition at my college, and though I personally don’t approve of banditing races, I also see the positive transformation that it leads to in the students that accomplish the goal. It sets many of them onto a path of becoming runners for life, and the experience can be a profoundly emotional one. I myself am not involved in the group, but I’m happy to be a source of advice for those who are, and I have had many students in my classes who have participated over the past 10 years. In fact, watching my students do it was what motivated me to start running seriously back in 2007. It also gave me the confidence that I could complete my first marathon in 2008.

The student came up not to ask me about training for the race, but rather she had a question about shoes. She said that though she is active (she works out, does CrossFit), this was going to be her first ever running race. She acknowledged her relative lack of experience as a runner, and the possible lack of wisdom in running a marathon as a first race. She indicated that she thought she might need some “real” running shoes, so she had recently visited a specialty running store to get fitted for a pair. That’s why she was standing in front of me – she wanted to ask about what had happened in the store.

She said that the clerk at the store had watched her walk (yes, walk) across the store and told her she needed stability. They brought out shoes that looked like the big, heavy one on the slide (her assessment) that I had projected on the screen during lecture. She said they were uncomfortable and felt like bricks, and she was very skeptical of how they approached the fitting process. She left the store without any shoes, and wanted to know if this was the right decision.

In response, I asked her what she had been running in up to this point. Looking at her feet I suspected that I knew the answer – she was wearing Nike Frees (as do about 75% or more of my female students). She had indeed been running in the Frees, but was worried that they were not a “running shoe.” She bought them more for casual purposes and for gym workouts (she said she owned like 7 pairs of Frees!). I asked her if the running had been going well, had she felt any pain. She said everything had been going great, no issues at all.

My advice to her was quite simple. I told her to stick with the Frees as there is no reason you can’t run in them, and given the number of pairs she owned I suspected she was pretty well adapted to being in them. I told her that I’ve run many miles in Nike Frees without problems. I told her that if she is running without pain, there is absolutely no reason she needs a special pair of store-fitted “running” shoes. I told her that walking is a totally different gait than running, and that if that was how the store was assessing shoe needs then she was right to walk out the door. I told her there is no scientific support for much of the shoe fitting process that occurs in many running shops (every time I write this someone tells me that stores have moved on from these methods – this is clearly not the case). I told her to listen to her body, and if she started to develop any pain she should come talk to me and at that point we could assess whether a different shoe might help.

This is the kind of thing that motivates me to write this blog, to teach, and to do what I do. I want people to enjoy running, to be active, to be healthy, and to not have pain. I want people to find shoes that work, not be prescribed shoes that are heavy and uncomfortable based on outdated and debunked fitting protocols that mainly serve as a vehicle to make sales easier. I’m proud of this student for walking out the door of that store, and I’m proud that she could sense that she was being steered in a direction that was not right for her.

I think my main frustration from the entire experience is that there I still a perception that running entails a need for a particular kind of shoe. My position is that the only shoe you need is the one that allows you to enjoy the experience without pain. That’s the only thing that really matters. I don’t much care if it’s a traditional 12oz shoe or a 4oz flat, the key is that it works for your body. I’m also frustrated that some stores continue to employ practices that have little to no justification. Static arch height, watching a runner walk across the store without even attempting to look at how they run, etc. A lot of education still needs to be done. And that’s why I’ll keep on writing.

You just finished reading What Motivates Me: Story of a Student! Consider leaving a comment!