Home / Blog Posts / What Moves You?: A Film For Runners by Runners

What Moves You?: A Film For Runners by Runners 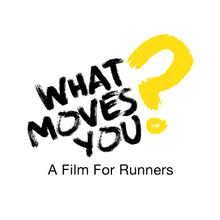 The trailer (scroll down) of this Kickstarter film project titled “What Moves You?” looks great – here’s the description of the film:

“Told from the point-of-view of runners from all walks of life, the film explores the inspiration and motivation that modern cultures associate with running.

On the surface, the reasons people run seem obvious; health, stress, competition to name a few. But what if there is a deeper, more intrinsic compulsion that connects people who choose to run for enjoyment regardless of genetic, ethnic, socioeconomic, religious or physical differences?

Runners share an uncommon bond in today’s society, whether it’s through participation in the events or a simple ‘hey’ on an isolated nature trail. We aim to find out what it is.

With breathtaking landscapes, high-profiles races and quirky tribal-like parades as the backdrop, we join hardcore and casual runners alike on their individual journeys to health and wellness, weight loss, triumph, freedom and companionship, with one goal in mind; to find out what moves them.”

Back this film on Kickstarter: bit.ly/wmyks

You just finished reading What Moves You?: A Film For Runners by Runners! Consider leaving a comment!