Women Who Fly: The road to recovery isn’t always paved

“Sitting in a jail cell made me realize this is my bottom, and I need to stop,” says Northern California-based ultrarunner Catra Corbett, reflecting on the day she decided to conquer her drug addiction. “I had to change my life.”

Catra does not look like a “typical” runner. With pink pigtails, tattoos, piercings, bright colors from head to toe and unmistakably large running shoes — she’s hard to miss. But beyond her vibrant exterior is a story of drug addiction and recovery that led her on a path she never expected for herself.

“I never thought in a million years that I would ever become a runner after what I went through,” she says.

Running by the punk shows and nightclubs she used to hangout in during her first marathon was a surreal experience for her. She realized in that moment that she was no longer an addict — she was an athlete.

Now an accomplished ultrarunner, she has raced over 250 ultramarathons and is a prominent member of the ultra community. She lives in Fremont, California with her dachshund, Truman, who accompanies her on the trail for as long as his tiny legs can handle. Since her transition to the world of ultrarunning, Catra has built a strong social media following of people who look to her for advice, positivity and inspiration.

“I used drugs and alcohol to keep from loving myself,” she says. “You first have to love yourself before you can love others. Once that happened, life got better.”

When Catra was contacted by a literary agent last year, she had been wanting to share her story for over a decade, but knew nothing about the process writing a book or actually going about doing it. So she did something only Catra would, she wrote it while running. “I hired a writer to help me. I knew I would never be able to sit still and write it, so I recorded my stories while running for each chapter and sent them to my writer. We would finish a chapter and I would go through and correct things and that’s how I did it.”

An unconventional approach for an unconventional runner. “It was very hard going back into my past. I thought it would be easy but it stirred up emotions,” she says. “I would get sad, have a cry and then think, ‘Wow, look what you’ve gone through and how much you’ve grown.’ I know my story is meant to help others and that’s why I’m telling it.”

In 2017, we shared Catra’s story as well as the powerful stories of other female runners through our Women Who Fly film series. But their stories didn’t end there. Almost a year later, we reached out to follow up and discover how current events have impacted the latest chapters of their lives. This is an excerpt from Catra’s soon-to-be-released autobiography, Reborn on the Run: My Journey from Addiction to Ultramarathons. Her film is featured at the end of this story.

Like many people, I started running to get healthy. I switched hanging out and dancing all night in goth clubs for early morning runs. While I missed the rush of dancing till dawn, I found putting my sneakers away was not an option. I started like many do — I ran around the block and almost died. But, then I tried it again the next day and found out I could go a little farther before I almost died again. A couple years after I became a runner, I stumbled across ultramarathons. These impossibly long races called to me. They seemed to be the answer I needed to change my life.

More on our Women Who Fly film series

Running is much more than just the physical mechanics of putting one foot in front of the other. It’s a test of mental strength and willpower, and for many, it’s also a form of meditation and healing. Watch as three women — each moved by a life-changing experience — share how running has led these inspiring women to overcome their challenges and be stronger for it. These are the Women Who Fly.

Featuring Catra Corbett in the Clifton 4. 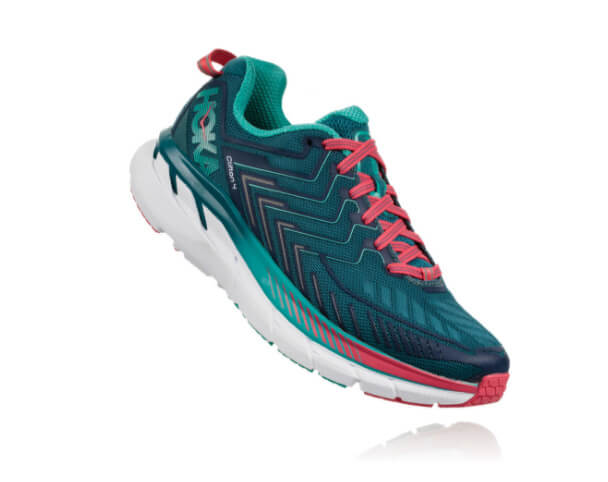